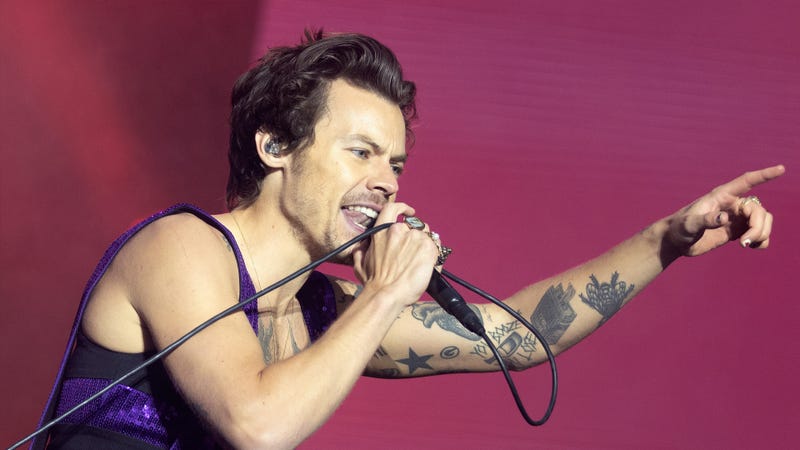 Harry Styles is back with a new music video for "Late Night Talking," and the 70s inspired visual sees a pajama-clad Styles ensue on the traveling slumber party of our dreams.

Directed by Bradley and Pablo, a confused Styles wakes up to an empty bed, which leads him to lift the covers and embark on a sleepy adventure to an array of other beds, which starts with a portal between his very own sheets.

First bed Harry finds himself in is filled with sleep, cuddling folk, that welcome Harry with open arms. Another is in an art gallery, a restaurant, while another speeds through the streets of London.

How bad do you wanna press play?! Okay, but just wait.

At another point, Harry hops off the bed for a minute, joined by a bevy of beauties for a titillating pillow fight. Then hopping back on, he officiates a bed-ridden wedding while free-falling through a cloudy sky.

“Late Night Talking” is the third music video Styles has blessed us with from Harry’s House. Following up his visual for his first single, “As It Was,” and the DYI video he made for “Daylight” during an appearance on The Late Late Show With James Corden.

Alright, go ahead a press play below.