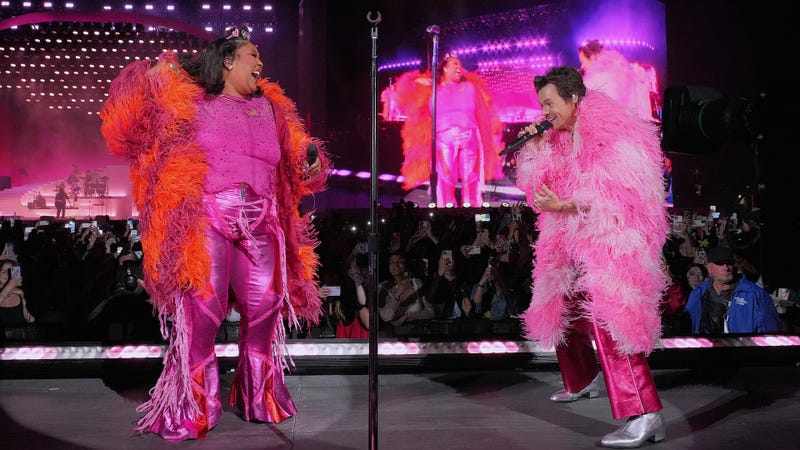 The world would be a better place with more friendships like the one Harry Styles and Lizzo share.

This week, Lizzo celebrated her song, “About Damn Time,” hitting #1 on the Billboard charts. The achievement ultimately knocked Harry’s song "As It Was,” to #2.

The change in status caused zero beef between the besties, it actually only showed the strength of their friendship as Harry sent Lizzo a huge bouquet of flowers to celebrate her success.

"Thanks for the flowers Harry," Lizzo said in a video she shared with fans on social media. "Y'all Harry got me flowers congratulating me on 'About Damn Time' going #1,” she explained with several crying emojis.

Harry’s flowers were just one part of Lizzo’s celebration as she posted herself popping champagne and dancing the night away after finding out she secured her second career #1.