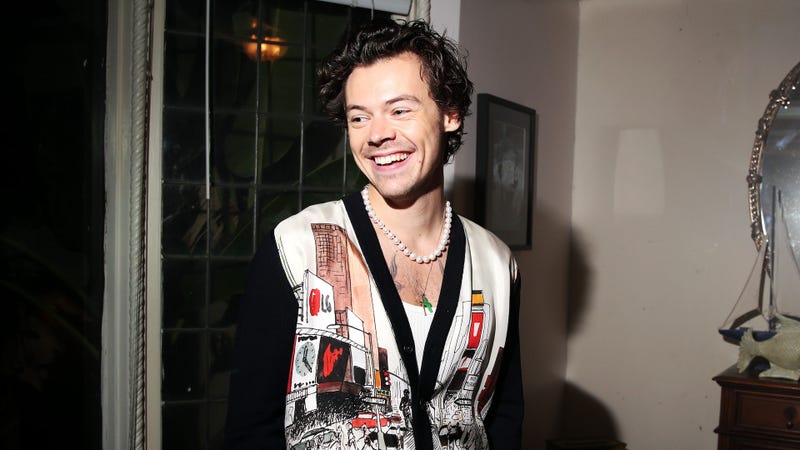 Harry Styles performed his first solo shows at the iconic Wembley Stadium over the weekend, but he had no problem sharing the spotlight with a fan ready to make a major life announcement.

While on stage, Styles spotted a fan holding a sign that read “From Ono To Wembley: Help Me Come Out.” The sign prompted 28-year-old Styles to pause his show and help the individual come out as gay in front of the large crowd.

“So you’d like the people of Wembley to bring you out?” Styles clarified. “Make some noise,” he said before taking a Pride flag from the front of the stage to help with the big announcement.

“When this flag goes above my head, you are officially out,” Styles said prompting a drumroll from the band. Styles slowly raised the flag, taking his time to get it above his head for full suspense. When the flag finally raised, the crowd at Wembley roared.

“Congratulations, you are a free man,” said Harry. “Holy moly, the adrenaline!”

Fans relived the moment and shared with the world via social media immediately following the show.

Harry Styles helped a fan from Italy come out during tonight’s concert. Cue the tears, what an amazing moment!!! 🥲❤️🏳️‍🌈 pic.twitter.com/pqd5bue2oR