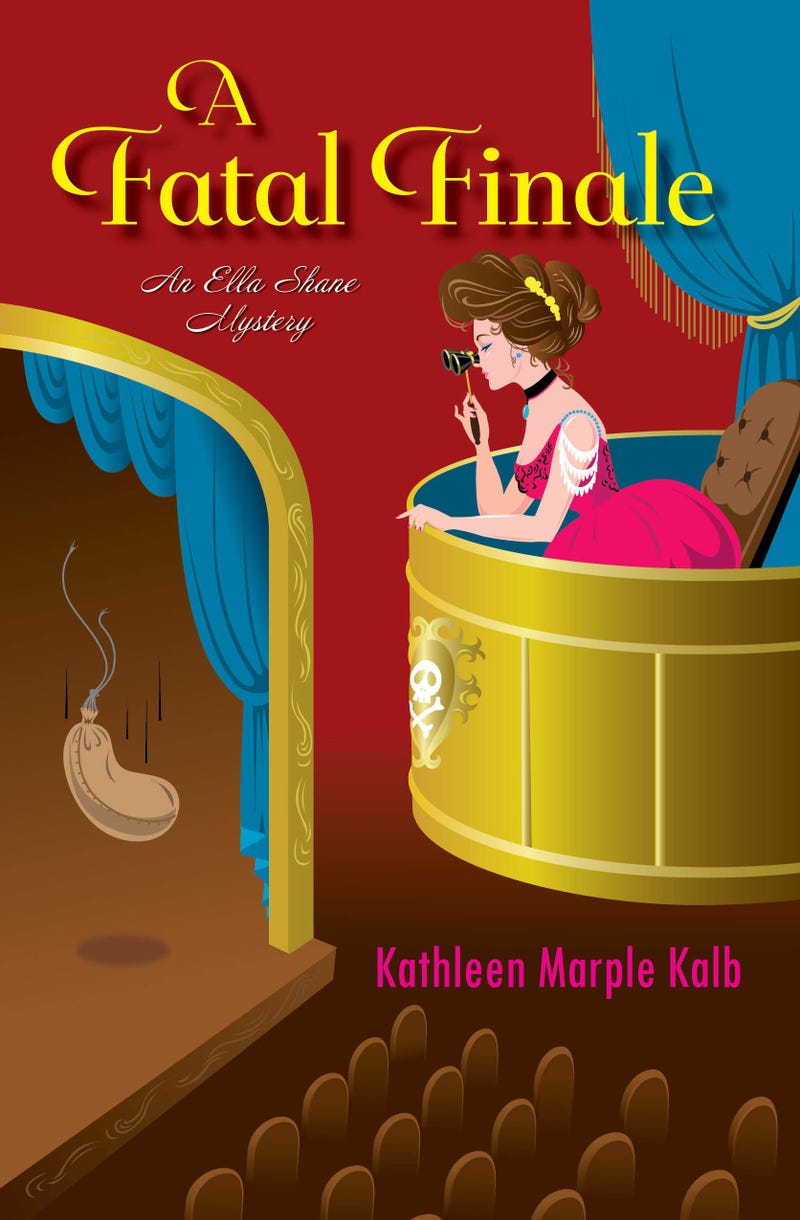 NEW YORK (1010 WINS) -- In most books with swashbuckling protagonists, the hero is a sword-wielding man who swoops in to save the day for his female counterpart.

1010 WINS anchor Kathleen Marple Kalb turns that trope on its head in her new book, “A Fatal Finale,” she said in an interview with 1010 WINS.

The novel, set in Gilded Age New York in 1899, centers on Irish-Jewish orphan Ella Shane, a Lower East Side opera singer who stumbles upon a mystery while playing Romeo in a production of “Romeo and Juliet.”

When the actress playing Juliet dies onstage after drinking what turns out to be real poison, Ella must work with the girl’s cousin, a Duke from England, to find out what happened.

Sparks fly, and the search for the killer ends with a “catwalk duel.”

The New York Journal of Books described the novel — the first in the "Ella Shane Mystery" series — as “a thoroughly enjoyable book, for both the plot centering around a still-contemporary malady, as well as its historical description of a world on the brink of a new century.”

A conversation Kalb had at work years ago inspired the book, she said.

As Kalb left the studio one night after recording a “top of the hour” segment, a colleague joked that she was “doing the boy’s shift tonight," she said.

“There was, once upon a time, a convention that a woman’s voice was not authoritative enough to open an hour,” she explained. “That whole ‘girl doing a boy shift’ thing stuck in my head, and many years later… I wrote a book about women who do 'trouser roles' in opera.”

“And I thought, 'Wouldn’t it be fun to have a female character who was a swashbuckler in her own right?'” she said. “It’s a lot of fun to do that, to kind of flip the script a little bit.”

Ella, described as “part Anne of Green Gables, and part Errol Flynn,” is the one handling the sword in the novel’s final scene, Kalb noted.

“I hope the big duel at the end is as much fun for the reader as it was for me to write, because after a lifetime of seeing all of these swashbuckling movies where the guy does all the work and the woman sits there watching? It was a lot of fun to write that scene,” she said.