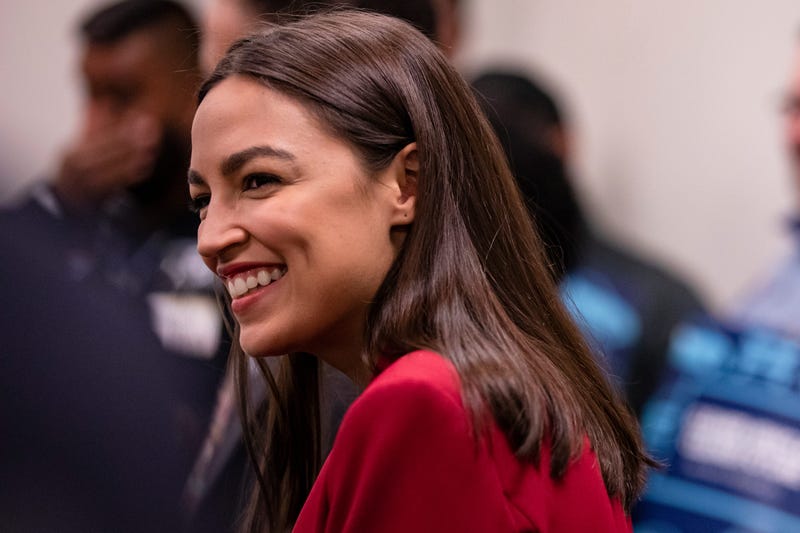 NEW YORK (1010 WINS) – Rep. Alexandria Ocasio-Cortez launched her reelection campaign in Queens on Saturday, urging her supporters to create a “turnout machine” to help her sail to reelection.

The freshman congresswoman kicked off her campaign at an event in Corona with more than 100 people in attendance, according to the New York Post.

Saying “we have some really ambitious goals,” AOC told the crowd that they have to work hard to increase the turnout before district NY-14's primary on June 23.

“Last election cycle, in the primary as we know, the turnout was quite low,” she said. “This year, we want to multiply turnout by four times. That’s our goal. We want to secure 60,000 votes in the primary election. We need to start creating a turnout machine right now.”

By October, 11 candidates—eight Democrats and three Republicans—had filed to run for her seat. Scherie Murray, a Republican, is among the most high-profile challengers and has raised hundreds of thousands of dollars.

Just days ago, former CNBC anchor Michelle Caruso-Cabrera, a Democrat, said she would try to unseat AOC in the primary.

The challengers are apparently hoping the Democratic establishment in Queens, some of whom have been turned off by AOC, will support an alternative.

"She’s pissing off a lot of people and has probably made a lot of enemies," an insider told The Hill last month.

But AOC will be tough to beat—her campaign had already raised $3.4 million by October and had raised over $5.3 million by year’s end. She also has national name recognition.

At Saturday’s event she didn’t seem phased by her potential challengers.

“I think everyone has a right (to run),” she told the Post. “I of course won my seat with a primary. I would never begrudge anyone trying to run in a primary. I’m committed to organizing.”