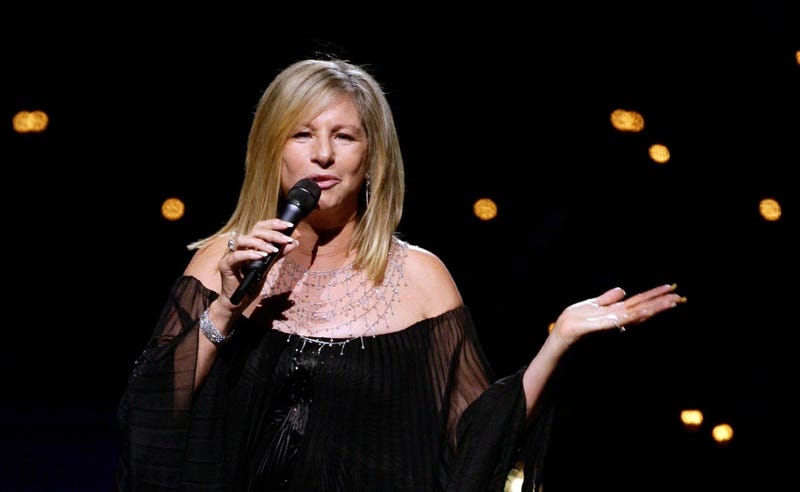 NEW YORK (1010 WINS) – Barbra Streisand issued a statement a day after she was roundly criticized for comments she made about the two men who have accused Michael Jackson of sexually abusing them as children.

"To be crystal clear, there is no situation or circumstance where it is OK for the innocence of children to be taken advantage of by anyone," Streisand wrote in a statement to CBS News. "The stories these two young men shared were painful to hear, and I feel nothing but sympathy for them."

"The single most important role of being a parent is to protect their children," she continued. "It's clear that the parents of the two young men were also victimized and seduced by fame and fantasy."

In a recent interview, Streisand told Britain’s The Times that she “absolutely” believes the men -- “That was too painful,” she said.

But she’s took massive heat for other comments she made about the alleged abuse, which Robson and Safechuck say took place for years.

"You can say ‘molested’, but those children, as you heard say, they were thrilled to be there. They both married and they both have children, so it didn’t kill them,” she said.

Calling Jackson “very sweet, very childlike,” Streisand said: “His sexual needs were his sexual needs, coming from whatever childhood he has or whatever DNA he has.”

Streisand says she feels sorry for both the accused and the accusers.

"I feel bad for the children. I feel bad for him. I blame, I guess, the parents, who would allow their children to sleep with him,” she said.

All of that lit up social media with criticism – with her fans and others expressing disbelieve and anger. Among them was "Leaving Neverland" director Dan Reed, who tweeted: "Is pedophilia tolerated in parts of the entertainment industry?"

“His sexual needs were his sexual needs” - is pedophilia tolerated in parts of the entertainment industry? #leavingneverland https://t.co/LTdq1LXLkg