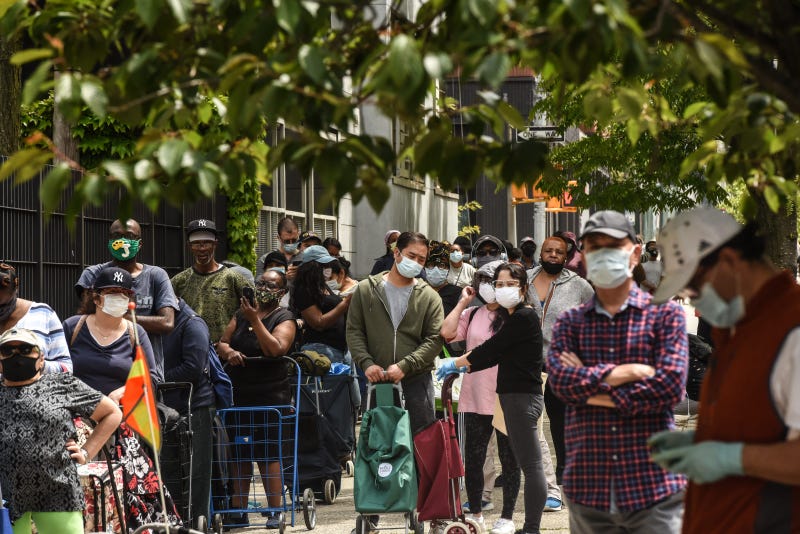 NEW YORK (1010 WINS) -- Gov. Andrew Cuomo said Saturday that another 157 people died from the coronavirus in New York state since Friday as he announced the reopening of horse racing tracks and Watkins Glen.

New daily deaths have been between 100 and 200 all week. There were 132 new deaths reported Friday.

NEW: We will allow elective surgeries to resume in Westchester County and Suffolk County, including at Ambulatory Surgery Centers.

The governor said elective surgeries and ambulatory care can resume in Westchester and Suffolk counties.

"There was a period where hospitals were dealing basically with COVID patients," he said. "We are past that period. If you need medical attention, if you need a medical procedure, you should get it.''

He said car racing at Watkins Glen International racetrack can also reopen in June without fans.

At his daily briefing, Cuomo said he could even envision a return of Major League Baseball in New York, also without fans. "If it works economically, that would be great,'' he said.

But Cuomo cautioned that the state could see a rise in cases as the economy opens up. To avoid another spike, people will still need to take precautions like social distancing, he said.

"People are going to be coming out of their homes,'' he said. "How do they act when they come out? If people are smart you will see some increase in numbers, but you won't see a spike.''

As we phase reopening we are looking for all opportunities to reopen economic activity without crowds.

For example, horse racing tracks across the state can open June 1 without fans.