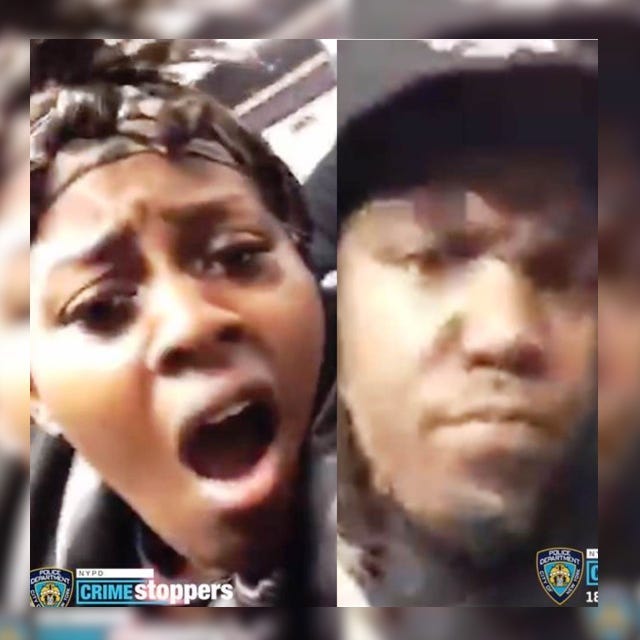 NEW YORK (1010 WINS) -- Police are searching for a couple they say were caught on video surveillance "engaged in sexual activity in public view" on a subway platform in Brooklyn.

Officials say the incident occurred on May 17 at about 6 a.m. on the platform of the High Street-Brooklyn Bridge subway station.

Authorities released photos of the man and woman on Wednesday and seek the public’s help in tracking them down.

Police say the woman was wearing a black leather jacket, black jeans, boots, and a black bandana. The man was dressed in a black sweatshirt, pants, and a baseball cap.

music
Salma Hayek auditioned for ‘The Matrix’ and totally bombed it: ‘I never really went to the gym’
sports
Mike Golic gets candid on ESPN ouster: ‘They didn’t want me anymore’
sports
Pete Alonso commits to Home Run Derby
music
Mary J. Blige says her documentary shows where her pain came from and 'why it healed so many people'
music
WORLD PREMIERE: Bastille - 'Distorted Light Beam'
music
Sharon Stone airs out latest Hollywood beef: ‘There are other actresses as talented as Meryl Streep’