IN DEPTH PODCAST: The cost of congestion pricing in NYC
By David Caplan , 1010 WINS

NEW YORK (1010 WINS) — In a move that leaves little for interpretation, Washington, D.C. municipal workers and activists on Friday painted "Black Lives Matter" in massive yellow letters on the street that leads to the White House, a confirmation that the city firmly embraces the Black Lives Matter movement and confirms its contentious relationship with its most well-known resident, President Trump.

Mayor Muriel Bowser tweeted an aerial video of the mural shortly after it was completed Friday. The letters and an image of the city's flag stretch across 16th Street for two blocks, ending just before the church where Trump staged a photo-op.

Breonna Taylor, on your birthday, let us stand with determination.

Determination to make America the land it ought to be. pic.twitter.com/XOfu6CGEGY

“The section of 16th street in front of the White House is now officially ‘Black Lives Matter Plaza,’” Bowser tweeted. A black and white sign was put up to mark the change.

The section of 16th street in front of the White House is now officially “Black Lives Matter Plaza”. pic.twitter.com/bbJgAYE35b 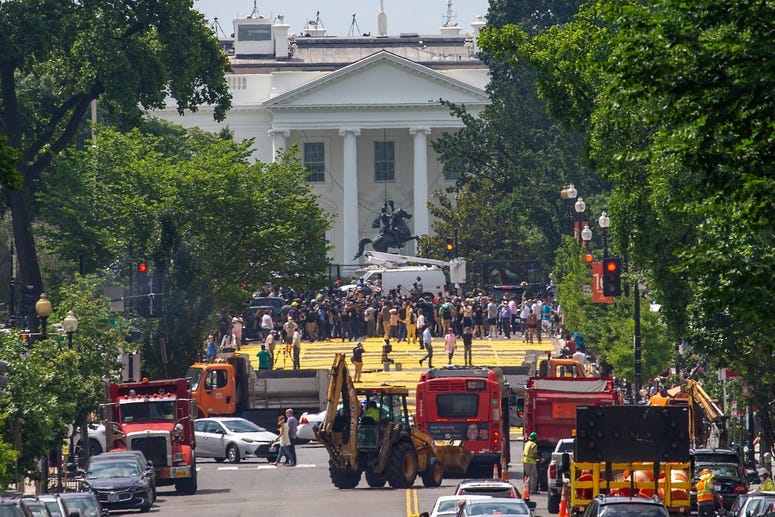 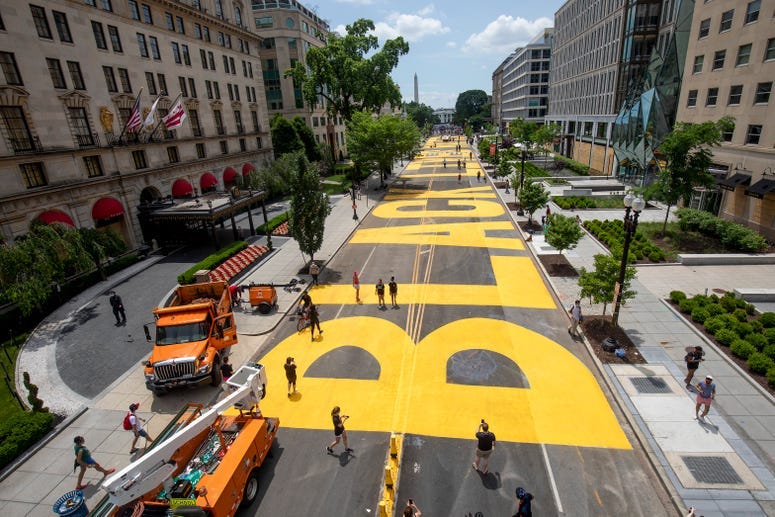 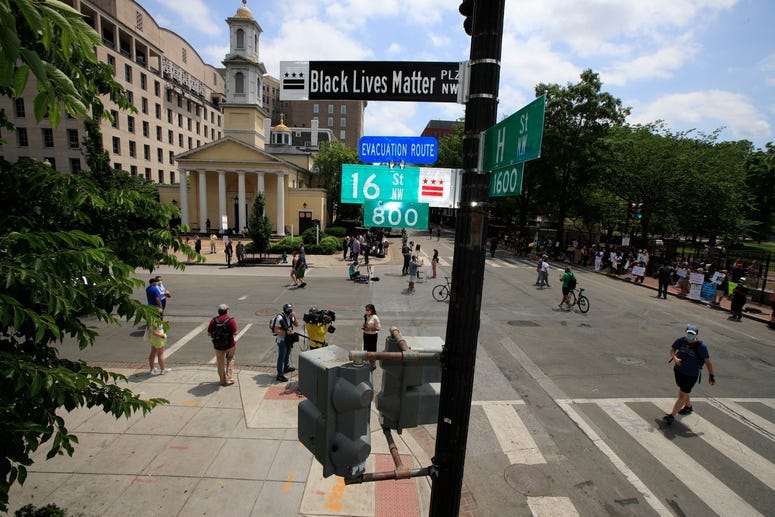 But the official D.C. chapter of the Black Lives Matter Global Network, suggested in a tweet that the move was merely an empty gesture by Bowser, who is African-American.