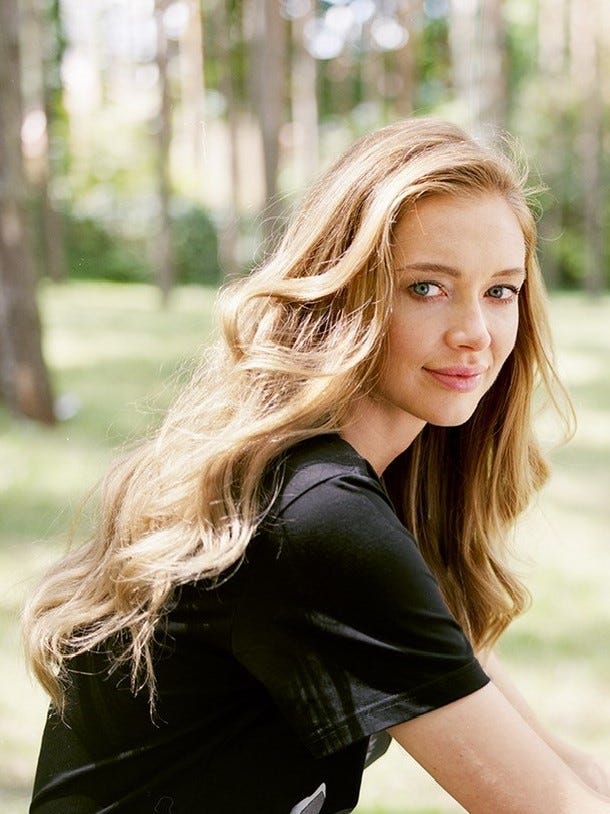 NEW YORK (1010 WINS) -- A new lawsuit against Harvey Weinstein, his brother Robert, their former studio Miramax and previous owner Walt Disney Co. was filed Thursday with the New York State Supreme Court by a former Polish teen model who alleges she was "sexually abused" by the disgraced movie studio head.

"I know that this lawsuit cannot erase the pain that I have been living with for 17 years," Kaja Sokola said in a statement. "But I do hope to achieve at least some measure of justice that has still been denied to Harvey Weinstein’s many victims."

She was previously identified only as Jane Doe in an earlier class-action lawsuit.

Sokola, now 33, was a 16-year-old aspiring actress in 2002 when she arrived in the U.S. as a model and soon introduced to Harvey Weinstein, according to the lawsuit, obtained by 1010 WINS.

Today, Sokola lives in Poland and works as a clinical psychologist and psychotherapist focusing on the treatment of eating disorders and addictions, according to the lawsuit.

"Harvey Weinstein, co-head of the renowned  Miramax movie studio and employed by Disney, claimed that he was interested in helping Sokola with her prospective acting career and wanted to meet with her for lunch," the lawsuit reads. "Naïve as the child that she was, Sokola believed him."

The lawsuit continues, "Several days later, Harvey Weinstein picked Sokola up with his company-provided car and driver.  But instead of taking her to lunch, as promised, Harvey Weinstein took Sokola without her consent to his apartment.  He would not let her leave until after he terrified and sexually abused her. This traumatic day has been etched in Sokola’s mind every day thereafter, and it has caused her immense emotional pain and suffering, even seventeen years later and long after she gave up her dreams of acting or working in the entertainment industry."

Harvey's brother is named in the lawsuit because, alleges the lawsuit, "Contrary to Robert Weinstein’s current claims that he did not know about his brother’s predatory behavior, the facts demonstrate that Robert Weinstein not only knew about it, but he affirmatively assisted Harvey Weinstein in  paying off victims to silence them, ensuring that future victims had no way to protect themselves."

As for naming the companies, the lawsuit reads, "Robert Weinstein was not alone.  Indeed, numerous employees and executives of Miramax and Disney were aware of Harvey Weinstein’s pattern of misconduct, but the companies that employed him utterly failed to supervise him, and they continued to empower him with their prestige and resources and allowed him to find more victims, including Kaja Sokola."

Lawyers Douglas H. Wigdor and Kevin Mintzer, who are representing Sokola, said in a statement, "While others may have decided to settle, albeit under some of the most offensive and one-sided terms, we hope that the filing of this complaint encourages other victims and the New York Attorney General to join us as we continue our efforts at holding Harvey Weinstein and his enablers accountable. Kaja Sokola, who was sexually abused by Harvey Weinstein when she was only 16 years old, is entitled to justice, and we intend to see that she gets it."

When I was 16 years old, I came to New York from Poland to work as a model and to try to become an actor, which had been my childhood dream. Not long after I arrived in New York, I was sexually abused by Harvey Weinstein. I have been living with the trauma of that day ever since.
I originally filed my case under a pseudonym as part of a class action against Harvey Weinstein, his companies, and associates. But I cannot accept the proposed “global settlement” as fair or just. There is no accountability for the perpetrators, insufficient compensation for all of the victims, and millions of dollars going to people that I believe enabled Weinstein.
Therefore, today I am filing my own case, in my own name, under New York’s Child Victims Act, against Harvey Weinstein and some of his enablers, including Robert Weinstein, Miramax, and Disney, each of whom could have — and should have — stopped Harvey Weinstein before he made me another of his victims.
I have long since moved on from modeling and, because of Harvey Weinstein, gave up on my dreams of acting. I am grateful to do important work as a clinical psychologist and psychotherapist. As part of my professional education and experience, I have learned that some wounds never fully heal. Memories of sexual abuse are like a scar after a burn, but because the injury is to the psyche, it is invisible to everyone except the victim. By revealing my own scar, I hope to encourage others to speak up about their own experiences.
I know that this lawsuit cannot erase the pain that I have been living with for 17 years. But I do hope to achieve at least some measure of justice that has still been denied to Harvey Weinstein’s many victims.