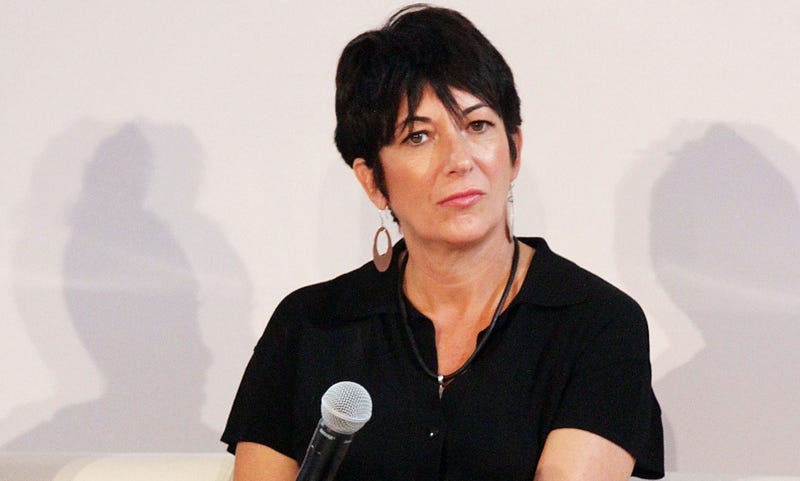 NEW YORK (1010 WINS) -- A judge on Tuesday denied Ghislaine Maxwell's request to be released on bail, hours after she pleaded not guilty to charges that she recruited girls for late billionaire and convicted sex offender Jeffrey Epstein to abuse.

Maxwell, 58, entered the not-guilty plea during a virtual arraignment and bail hearing Tuesday afternoon. She will be detained until her trial, which is set for July 12, 2021.

Even the “most restrictive” bail conditions would be “insufficient,” the judge said during her hearing.

#LIVE #GhislaineMaxwell
Judge - how do you wish to plead?
Maxwell - "Not guilty, your honor." @1010WINS

The British socialite was arrested earlier this month on charges that she helped lure and groom at least three girls whom Epstein sexually abused. The six-count indictment against her also claims she participated in some of the abuse.

Maxwell is currently being held at the Metropolitan Detention Center in Brooklyn. Her lawyers last week argued that she should be released on $5 million bail, citing COVID-19-related health risks and saying that she “is not Jeffrey Epstein.” During Tuesday's hearing, Maxwell’s defense attorney argued that defendants with similar means have been released on strict bail packages.

“She’s being held in the equivalent of solitary confinement, alone in her room, lights on all the time,” her attorney said, adding that she wasn’t allowed to shower for 72 hours. Prosecutors, however, said she “poses an extreme risk of flight," given her wealth and her French citizenship.

Judge addresses #GhislaineMaxwell - she responds, "good afternoon, Judge, " and says " yes, thank you," when asked if she could hear her. She speaks with a distinct, refined British accent. She is plugged into the hearing remotely. @1010WINS @SDNYnews

One of Epstein and Maxwell's alleged victims, Annie Farmer, read a statement during the hearing, claiming Maxwell “groomed and abused” her after the two met when she was 16 years old. Another alleged victims provided a written statement to the court in which she claimed Maxwell “egged (Epstein) on and encouraged him.”

“She thought it was funny. She drew her victims in with perceived caring,” the alleged victim wrote, adding that Maxwell “would do anything to get what she wanted to satisfy Epstein.”

“I have great fear she will seek to silence those in support of her prosecution,” she added, claiming she received a phone call threatening her 2-year-old child’s life if she testified. “If she is out, I need to be protected.”

Prosecutors during the hearing claimed Maxwell and a purported husband used the aliases “Scott and Jen Marshall” to buy the New Hampshire property at which Maxwell was staying when the FBI arrested her. At the time, Maxwell pretended she was a journalist, according to prosecutors.

"This was not a single incident, a single victim, or anything isolated," prosecutors said during the hearing. "This was an ongoing scheme to abuse victims for a pattern of years."

Pre-trial motions and other court proceedings are expected last through at least February 2021.

Before Epstein died by suicide last year, the financier was arrested on sex trafficking charges. Read the indictment filed against Maxwell below: