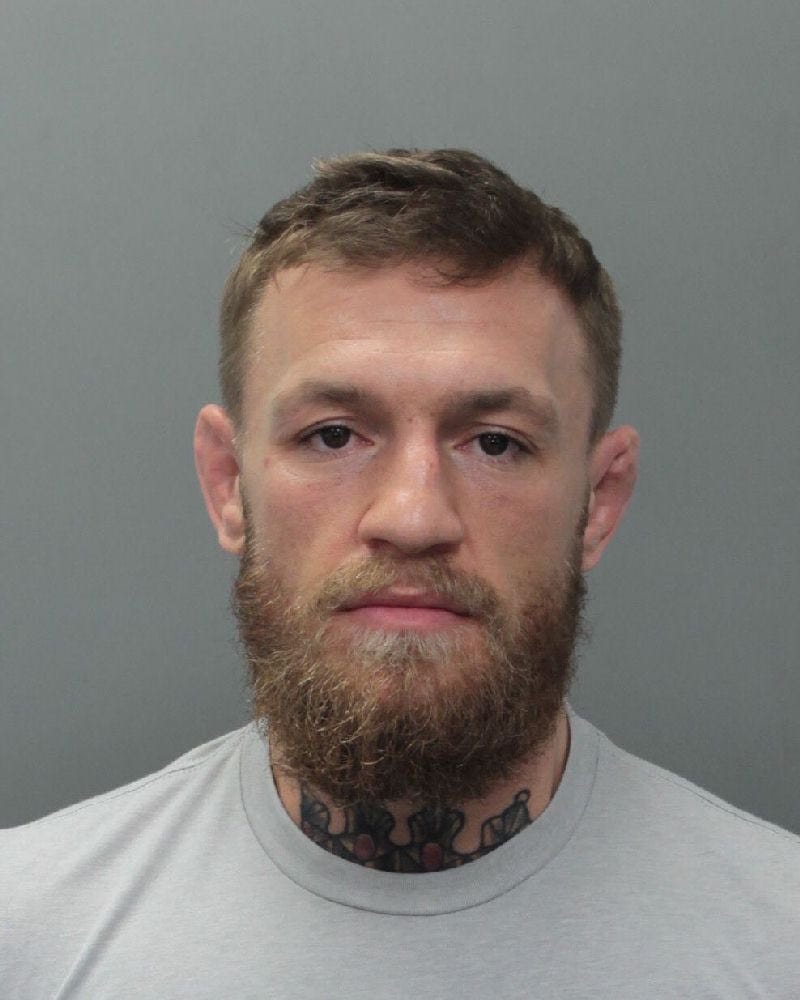 MIAMI BEACH (1010 WINS) -- Rabblerousing mixed martial arts fighter Conor McGregor was arrested Monday night in Miami Beach after he smashed the phone of a fan who was snapping photos during the early morning hours.

The Irish fighter, 30, is being charged with strong-armed robbery and misdemeanor criminal mischief, according to the Miami Herald.

According to police, McGregor destroyed the phone around 5 a.m. outside the Fontainebleau hotel, home of LIV nightclub, as the man was taking photos.

He was booked at a Miami-Dade jail on Monday night.

McGregor has been in Florida for the past few days with his girlfriend Dee Devline and their son Conor Jr.