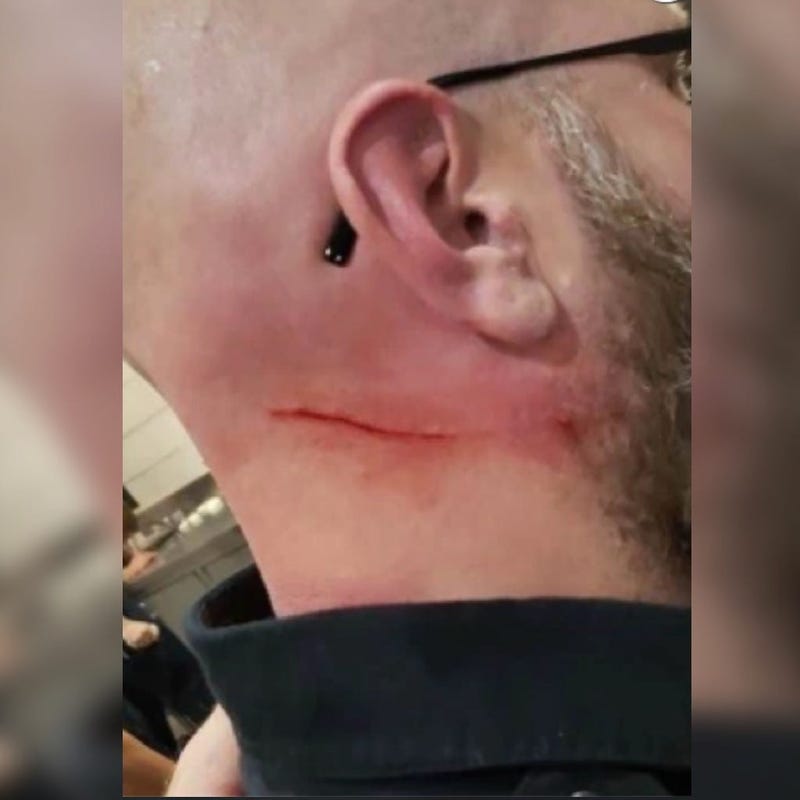 NEW YORK (1010 WINS) -- A Nassau County correction officer was slashed in the neck by a gang-affiliated man accused of murder earlier this week, union officials confirmed on Friday.

The incident occurred inside the Nassau County Correctional Facility just after 10:30 a.m. on Thursday while the unidentified officer was escorting 31-year-old Westley Witts to the mental observation housing area.

Union officials alleged the Bloods gang member allegedly pulled the officer into the cell and assaulted him, ripping his uniform name tag from his shirt and used it as a weapon.

The officer suffered a gash along the right side of his neck that was several-inch long.

According to records, Witts was incarcerated in early March on a murder charge.

"There has been a dramatic increase in violence in our facility with fights and several slashings over the past several weeks as County Executive Laura Curran and Sheriff James Dzurenda continues a dramatic consolidation of this facility, following the reckless release of inmates resulting from bail reform and COVID-19," said Nassau County Sheriff Correction Officers Benevolent Association President Brian Sullivan.

“I am calling for the inmate who slashed our officer to be immediately charged with attempted murder & along with the other inmates, charged with Gang Assault,” said Nassau COBA President Brian Sullivan.https://t.co/5y2QtYlyip

"I am calling for the inmate who slashed our officer to be immediately charged with attempted murder, and along with the other inmates, charged with gang assault," Sullivan added.