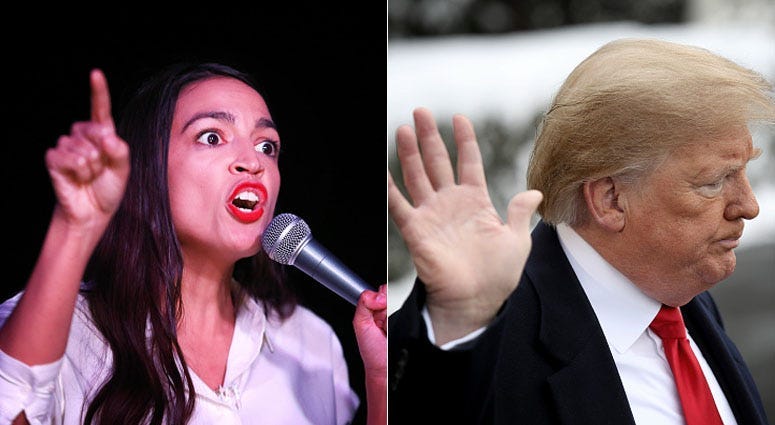 Ocasio-Cortez told Anderson Cooper that the president is a racist, during an interview on 60 Minutes.

"The president certainly didn't invent racism, but he's certainly given voice to it, and expanded it, and created a platform for those things," she said.

When pressed on whether she thinks Trump is a racist, Ocasio-Cortez said yes.

Trump responds to Ocasio-Cortez calling him a racist

If her remarks bothered the president, he didn't let on as much while speaking to reporters on Monday.

"Who did?" Trump replied.

Trump didn't leave much room for the matter, moving on to other topics before heading to New Orleans for an appearance at the American Farm Bureau Federation's 100th annual convention.