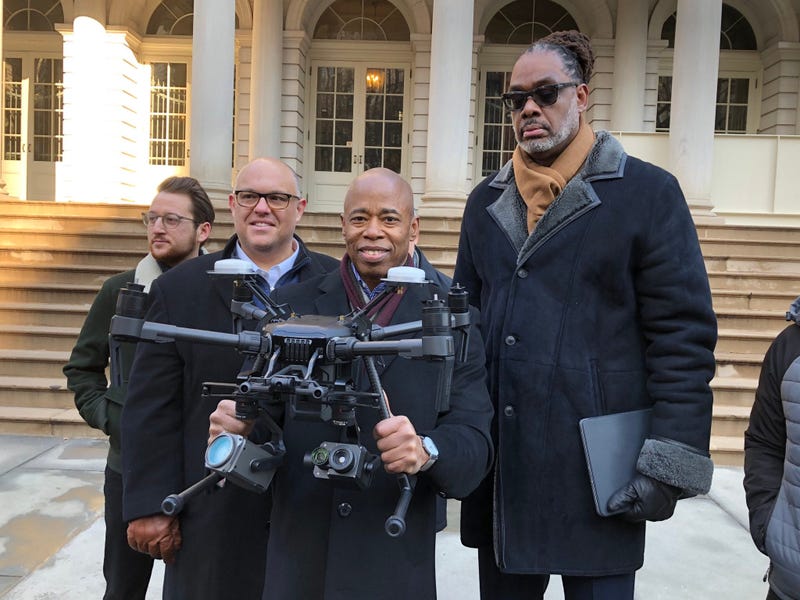 NEW YORK (1010 WINS) – City officials are pushing for new legislation that would have drones inspecting the facades of buildings over New York City.

Brooklyn Borough President Eric Adams and members of the City Council held a press conference on Sunday to propose the idea.

It came days after 60-year-old architect Erica Tishman was killed by debris that had fallen off a building near Times Square.

“We could have, I believe, prevented that death if that drone was in the air and able to identify in that building exactly where you saw the corrosion,” Adams said.

Adams and the council members are pushing to reverse a current ban on drones in the city.

Adams also criticized the NYPD, saying a hesitant department is standing in the way of progress.

“The New York City Police Department is reluctant to allow this technology to move forward,” he said.