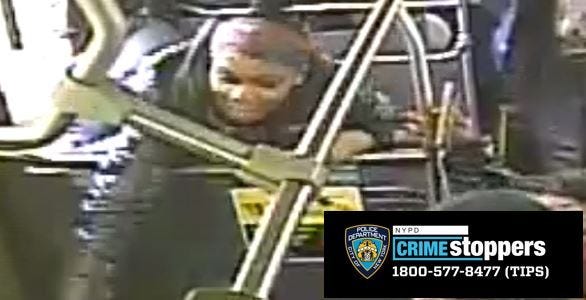 NEW YORK (1010 WINS) – The NYPD's Hate Crime Task Force is searching for a teen who they say attacked an Asian woman with an umbrella on a Bronx bus in a racist attack.

The 51-year-old victim was on a Bx13 bus in the Highbridge section late last month when she was attacked by a group of teen girls, police said.

The teens yelled anti-Asian statements at the woman and said she “caused the coronavirus,” according to the New York Post.

One of the teens hit the woman in the head with an umbrella so hard that she needed stitches, police said.

Three 15-year-old girls were arrested near the scene shortly after the incident and charged with hate crime assaults, menacing and harassment.

The NYPD is still searching for the woman with the umbrella; they released a photo of a suspect Sunday.