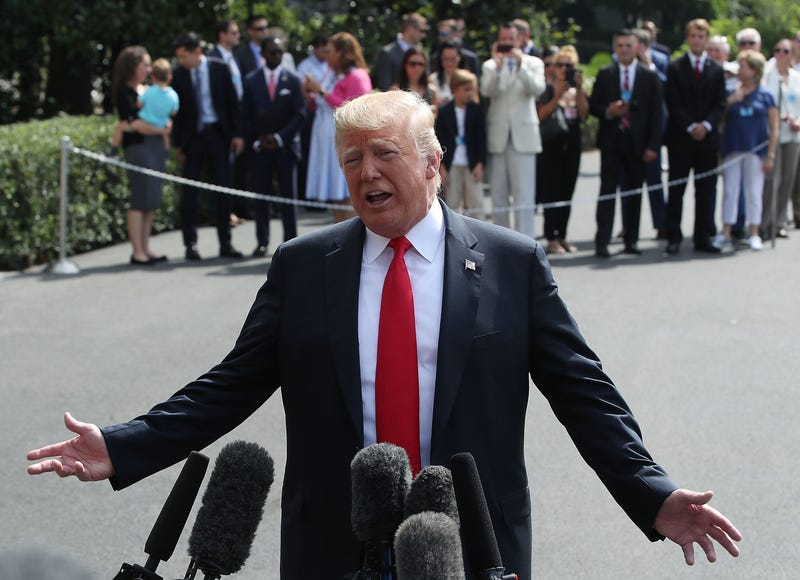 WASHINGTON (1010 WINS) -- It's day 14 of the partial government shutdown and President Donald Trump predicts it could be awhile before things are resolved.

When pressed Trump confirmed that he said the shutdown could last for more than a year.

"I did," he said, "Absolutely I said that." Trump convened the Democratic and Republican leaders for the second negotiation this week. The president is insisting on $5 billion for the border wall, but legislation for that does not have support from Congress.

Trump says he has designated a team that will meet over the weekend with lawmakers to resolve the standoff over his demand for a border wall that has led to a partial government shutdown.

Trump spoke in the Rose Garden on Friday after emerging from more than two hours of somewhat contentious talks with Democratic leaders in the House and Senate. Vice President Mike Pence says there is a crisis at the border.

Trump said that the official ports of entry are strong, but there are miles and miles of unprotected areas along the border where drug and people smugglers enter the United States. He says the only way to stop it is to have a solid concrete or steel structure to close off the open areas.