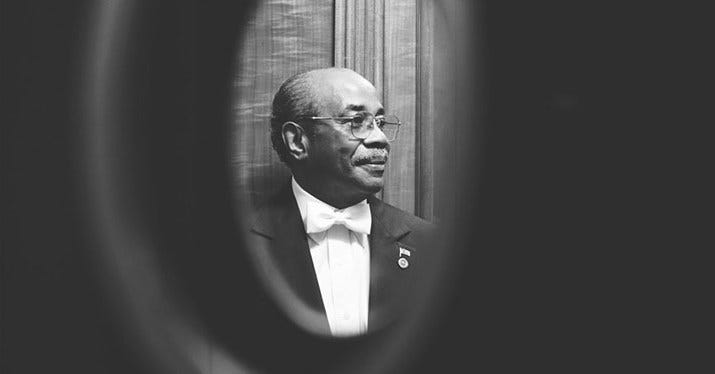 WASHINGTON, D.C. (1010 WINS) – A longtime White House butler and doorman who served under 11 presidents for more than 50 years has reportedly died from the coronavirus.

Jerman served from 1957 to 2012, starting as a cleaner under the Eisenhower administration before being promoted to a butler by former First Lady Jacqueline Kennedy Onassis.

“My grandfather was a family-loving, genuine man,” Garrett told Fox 5 DC. “He was always about service, service to others. It didn’t matter who you were or what you did and what you needed. Whatever that he could provide, he would.”

According to NBC News, Jerman was among the longest serving employees at the White House. He served most recently under Presidents George W. Bush and Barack Obama.

Tonight on @fox5dc at 10p -
He served at the pleasure of 11 U.S. Presidents... during his 55 years at the White House.
Last weekend, he passed from COVID-19.
My exclusive interview with the granddaughter of White House butler, Wilson Jerman is next! pic.twitter.com/SBiXbQLiud

President George W. Bush and former First Lady Laura Bush remembered him in a statement to NBC News on Wednesday.

“He was a lovely man,” the Bushes said in their statement. “He was the first person we saw in the morning when we left the Residence and the last person we saw each night when we returned.”

Former First Lady Michelle Obama included a photo of Jerman in her memoir “Becoming.” The photo shows Jerman standing in an elevator with the Obamas when Barack Obama was president.

The caption for the photo reads: “Wilson Jerman first came to work at the White House in 1957. Like many of the butlers and residence staff, he served with dignity under several different presidents.”