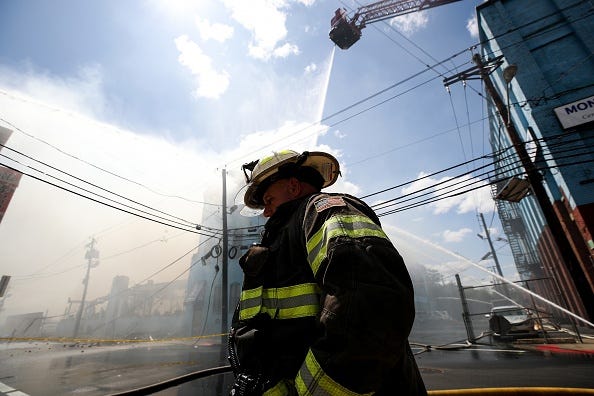 PATERSON, N.J. (WCBS 880) -- One person was killed after a fire ripped through a row of houses in Paterson late Friday night, according to fire officials.

The fire began at around 11 p.m. inside a two-story home located at 103 Lafayette Street then spread to the other houses on either side.

When firefighters arrived on the scene, "the building of origin was pretty much involved" Henderson said.

The 13 displaced people have “self-relocated” to live with family and friends, Henderson added.

The cause of the fire remains under investigation, Henderson said.