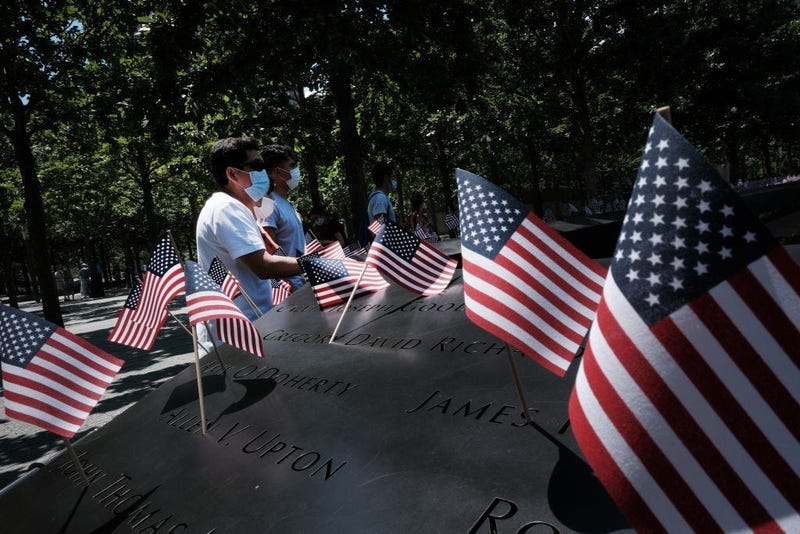 NEW YORK (WCBS 880) — The saying goes "time heals all wounds," but for countless 9/11 survivors, the trauma of that day is still with them.

Kayla Bergeron was public affairs director for the Port Authority and was in her 68th floor office in the North Tower when the first plane hit at 8:46 a.m. on Sept. 11, 2001.

"When the lights were out, there was washing rushing from the tiller, that's the moment I thought we weren't going to make it," Bergeron said.

"I had paralyzing anxiety, I had night tremors, flash backs," said Bergeron.

It took two DUIs for her to recognize the emotional damage she sustained. Seventeen years after the terror attacks, she was diagnosed with post-traumatic stress disorder.

"The terrorists took my life and took the lives of many, literally and figuratively," Bergeron said.

Now, she is trying to help others through a Facebook group.

"Where we're able to share the most horrific things anyone can face," said Bergeron.

Friday marks 19 years since the attacks, and Bergeron said this is always a tough week, but the COVID-19 crisis has made it much worse.

Dr. Jason Kornrich, a psychologist at the World Trade Center Health Program, told WCBS 880 in April that the pandemic has aggravated the PTSD of many who survived the Sept. 11 terror attacks and worked at ground zero.

"These patients are very shooken up now. They really feel like there is another national disaster which they should be involved in and they should be helping," Kornrich said. "People are feeling shaky to begin with, so this disaster makes it 10 times worse. People feel like their lives are on the line this time from a virus."

sports
Joe Theismann 'very confident' with Ryan Fitzpatrick as WFT's quarterback
sports
ESPN analyst corrected by co-host after suggesting Bill Russell is dead
music
Run That Back: For Us, About Us, By Us
news
Juneteenth becomes a national holiday
news
Woman found after getting lost in the woods and being charged by bears
news
La La Anthony files for divorce from ex-Knick Carmelo Anthony: report