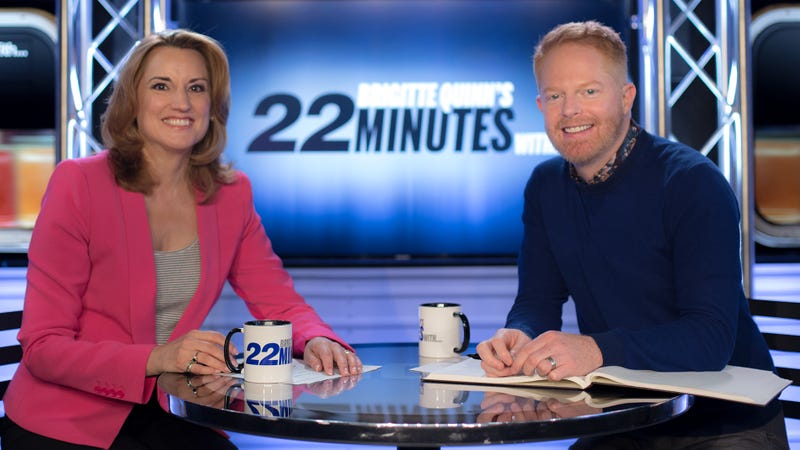 Ferguson was in New York in part to promote a Pepcid campaign.

He talks about having a food blog with a friend chef and hosting the James Beard Awards.

Then, of course, they dive into discussing “Modern Family.” The award-winning show was recently renewed for a ninth and 10th season.

“It’s the best job I’ve ever had,” Ferguson says. “We’ve been through a lot together, we love each other so much, we call each other our fake family.”

Ferguson also talks about his one-man show, “Fully Committed,” and his love of theater.

“I came to New York to be a musical theater star!” he says. “It’s where my love is. I love that interaction between audience and actor. There’s something so visceral about it.”