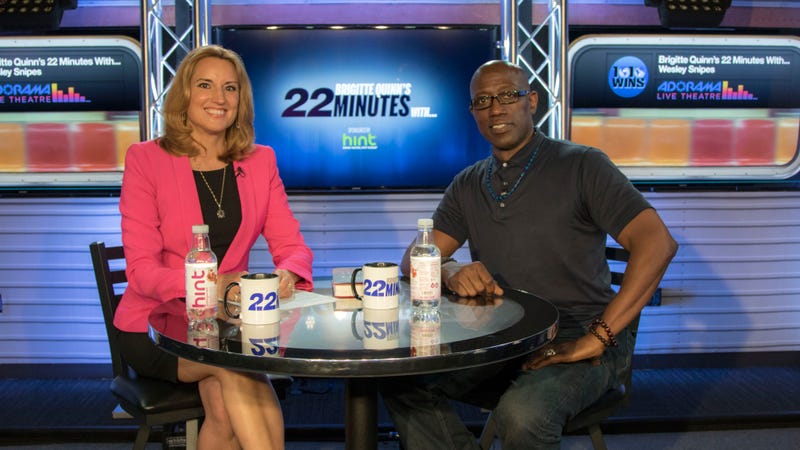 NEW YORK (1010 WINS) – Actor Wesley Snipes has played many roles over the course of his career, but he now has a new title: author.

His debut novel, “Talon of God” dropped this week. It’s the first in a trilogy of spiritual thrillers, written in partnership with Ray Norman.

“We both were called by the great master to take this challenge, to walk this path and create ‘Talon of God,’” Snipes told 1010 WINS’ Brigitte Quinn.

“I thought it would be kind of fun and – even for me – more entertaining to take the world of cinema and view that into the book so it would be easier to read, more engaging, more familiar,” he continued. “The language, the patterns, the rhythm of speaking are very colloquial and familiar to us. And I thought that would be more digestible than just hitting people over the head with spiritual essence.”

So if “Talon of God” becomes a film, will he play the star?

“By the grace of God. I hope so,” he said with a smile. “Unless there’s some other actor that comes along and knocks me off my game.”

Speaking of that game… Snipes confirms a “Blade” reboot is possible, along with another “Expendables” movie.

He also looks back on his friendship with actor Woody Harrelson and his time at New York City’s High School of the Performing Arts.

Snipes is starring in WWE Studios & Gene Simmons’ “Armed Response,” out next week.