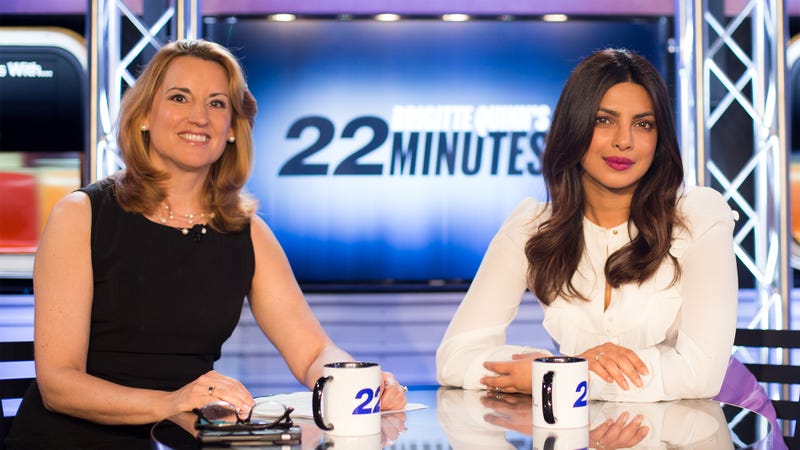 “If you’ve been a fan of the old ‘Baywatch,’ the TV show, then this movie takes the spirit of that ‘Baywatch’ and wraps it up in rated R, naughty fun,” she tells Quinn. “That’s the best explanation of this movie I can give.”

Chopra talks about working alongside Dwayne “The Rock” Johnson and Zac Efron, and getting a special phone call from David “The Hoff” Hasselhoff. She also says “Baywatch” was her mother’s favorite show when she was a child.

She tells Quinn she was studying to become an engineer when her mom entered her in a beauty pageant and her life suddenly changed.

“I went there to skip my exams… I never in my wildest dreams had thought that I would win or I’d be an actor or any such thing. I’m just glad destiny pushed me in that way,” she says. “I always say I’m destiny’s other favorite child, after Beyonce.”

Chopra also talks about “Quantico” being picked up for a third season, and what it’s like filming here in New York City, where she once went to school.

“New York was a very imperative part of my upbringing as a kid here. It made me global. It made me understand that the world is a melting pot of different people,” she says.

She goes on to discuss her fame and her family’s philanthropic work.