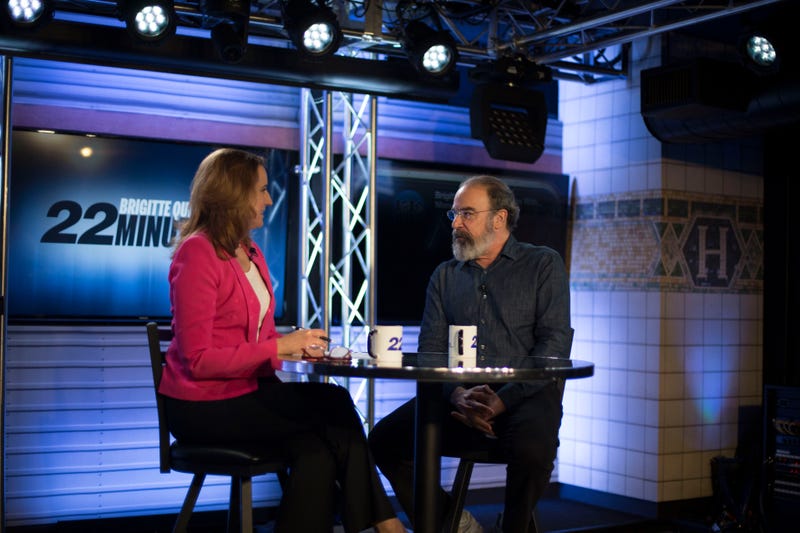 Papa Smurf, in fact. He says working on the animated project was “a blast.”

“I’ve rarely had as much fun as I did doing this,” he says.

“I’ve been in New York since 1972 when I came to go to school, and it’s the first time that I have filmed at home for any length of time,” he says.

He says it can be exhausting working on a show that so closely mirrors current events.

Quinn asks him about Broadway, where he recently saw Jake Gyllenhaal star in his former role in “Sunday in the Park With George.”

“As the first song began, I just lost it. It all came flooding back. My 31-year-old memory — I’m now 64 — of this moment of my life, those words, the music, that experience, and then what those beautiful actors gave to it and brought to it, overwhelmed me,” he says. “My biggest problem through the show was trying not to let people hear me sobbing.”