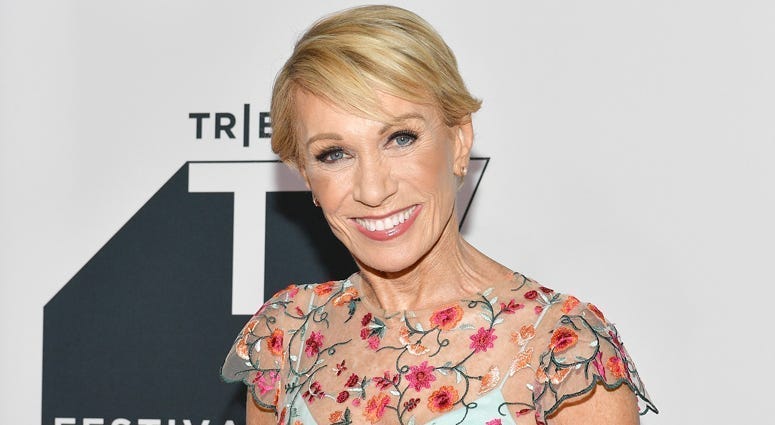 By Neil A. Carousso, WCBS Newsradio 880

NEW YORK (WCBS 880) — Real estate mogul Barbara Corcoran says 80 percent of the businesses she has invested in on "Shark Tank" will not survive the economic crisis caused by the coronavirus pandemic.

"The minute this problem started, I said, 'Sit down and make a list of where every piece of your business comes from, and then, make, right next to it, a list of how you can replace it cause it ain't going to be there anymore,'" Corcoran told Joe Connolly and Neil A. Carousso of her conversations with the owners of the roughly 80 businesses she bought stake in on the hit ABC reality television program.

Corcoran said on the WCBS Small Business Spotlight, sponsored by BNB Bank, that only a few owners took her seriously when she told them to incorporate a tight team of workers into making decisions on reinventing themselves. Those that did "hit the floor running."

She said business owners who are persistent and tenacious in their approach are the "warriors" who will survive the recession. She also emphasized communication with customers while working to actively sell current and new products and services.

"I've never seen a new business survive if it's not led by a salesman," Corcoran said, adding, "If you can't sell your way out of a pickle, you don't have a chance."

"When I'm in business with someone three months, maybe four months the most, it's when the crap hits the fan, what do they do about it? The minute they start blaming somebody else, I know they're a victim, they're never going to make it," she said.

On the flip side, Corcoran told Connolly and Carousso that those owners who take responsibility and actively look for solutions, are the successful business leaders with whom she is making profits.

She also told WCBS 880 that the model for a successful entrepreneur is their track record as a person. Overcoming failure and obstacles in life is an indication to Corcoran that she should invest in the person's business.

"When I can spot somebody who's been injured with something to prove, they get a burn in their chest that's going to make them succeed if they're hard workers,” she remarked. “I’m looking for that hustler.”

Meanwhile, with tens of millions of Americans unemployed amid the COVID-19 outbreak and business shutdowns, Corcoran is seeing a sizable shift in the real estate market with people fleeing the City for suburbs in New Jersey and Connecticut. The Corcoran Group owner says employers see their employees working efficiently at home and will cut unnecessary brick and mortar costs. U.S. office vacancy will rise from 16.8 percent to 19.4 percent by year's end, according to Moody's Analytics REIS estimates. Corcoran sees that as good news for tenants who have taken negotiating power from landlords.

"The value per foot has got to drop substantially for the landlord to attract tenants and he's going to have to become a salesman," she said.

But, Barbara is bullish on the Big Apple.

"I have such confidence in the City. I have no doubt that the City will chug like it always does. We're just going to hesitate and push forward," Corcoran, who has lived in New York since she was 22 years old, said, punctuating, "I think it may recover faster than we think."

She remembers seeing how the country rallied around New York City after the September 11, 2001 terrorist attacks and the "love" Americans displayed while embracing their fellow countrymen and women. She recalled she told her Corcoran Group sales team the real estate market would get "hot within 6 months" and it did with a new crop of buyers.

"I had that deep faith that the City always recovers," said Corcoran.

Hear innovative and actionable ideas from Barbara Corcoran for business survival with examples from "Shark Tank" on the WCBS Small Business Spotlight Podcast on the RADIO.COM app or on the media player above.