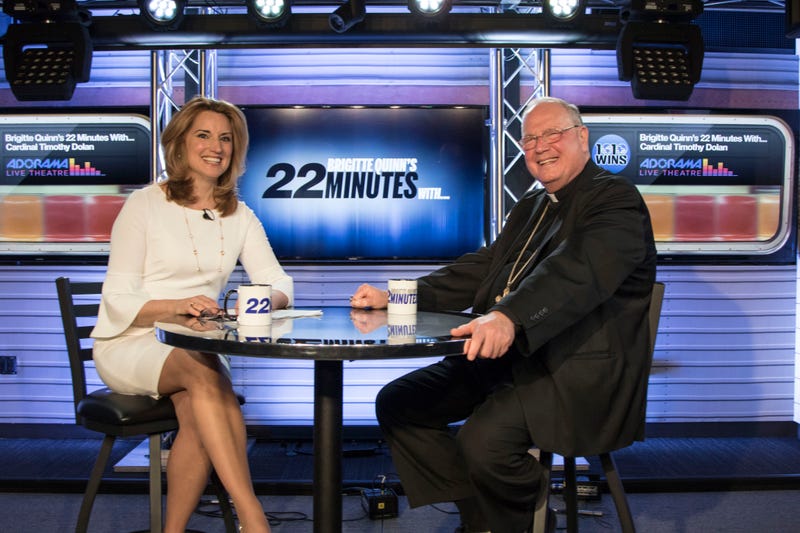 New York (1010 WINS) — Since it is Lent, who better to stop by and chat with Brigitte Quinn but his Eminence, Cardinal Timothy Dolan, Archbishop of New York.

Dolan sat down with Quinn, a nice Irish girl (by marriage) he noted, and talked about Lenten sacrifices, St. Patrick’s Day and the parade which is tomorrow.

By the way, if you’re wondering if Cardinal Dolan is giving up anything for Lent, he is: Beer! Diet root beer is his substitute.

BQ: It was only in 2015 that the first LGBT group marched and you caught a little flack for that.

CD: Nooo. We caught quite a bit. That was a long Lent.

BQ: Two years have transpired. Do you think that the faithful are more accepting of those marchers in the parade in 2017?

CD: I do. And I think a good chunk of them were two years ago in the height of it as well. It was rather controversial as you hinted at Brigitte, but I think now it’s died down as controversies usually do. And I think the faithful and I think the people in general are fine with anyone marching as long as the dominant theme is, would be one’s Irish identity. So as long as any group, the LGBT included, didn’t use it to kind of brag about or publicize whatever they’re marching for…as long as it becomes a parade to celebrate Irish culture and heritage, I think people are fine.”

To get the Cardinal’s thoughts on President Trump, the Trump marriage, and whether Pope Francis has changed the Catholic church, watch the full interview above.