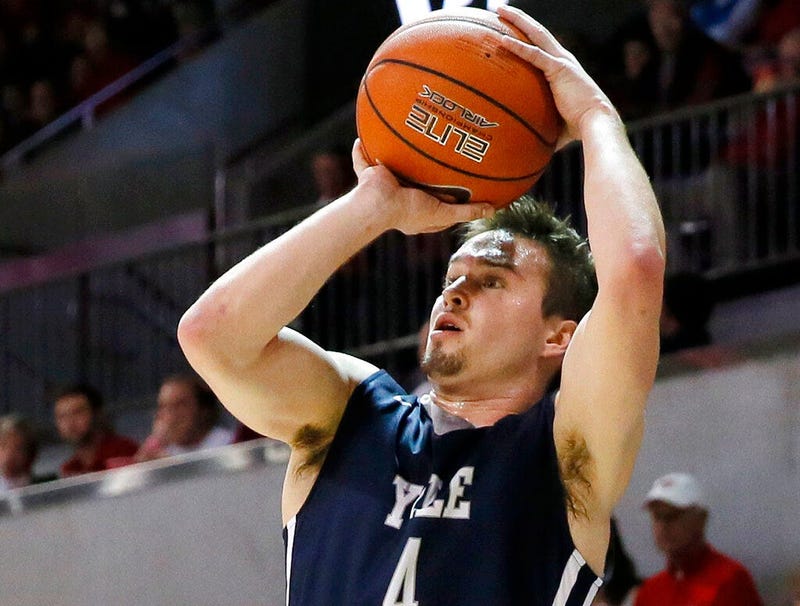 HARTFORD, Conn. (AP) — A federal judge has ruled that a former Yale basketball captain who was expelled for sexual misconduct can move forward with his lawsuit against the university.

U.S. District Judge Alfred Covello, in a ruling released Monday, denied Yale's motion to throw out many of Jack Montague's claims, including that a Title IX officer improperly coerced the woman involved to cooperate with the school's complaint that led to his February 2016 expulsion.

Montague was expelled after that woman testified before Yale's Unified Committee on Sexual Misconduct that much of a 2014 sexual encounter with the player was not consensual. No criminal charges were ever brought.

Yale's attorneys have said the woman, identified only as Jane Roe, made it clear that she did not want to have intercourse and that the school and its officials acted appropriately.

Montague's lawsuit alleges the woman only agreed to cooperate with Yale's complaint after a Title IX officer informed her that Montague had received sensitivity training in another case. His lawyers contend that is a violation of the school's own confidentiality rules.

That earlier case had involved an argument in which Montague allegedly shoved a folded paper plate down a woman's top.

Montague also argues that his accuser was allowed to give a lengthy, emotional statement to the committee, while he was denied a similar opportunity.

"The court concludes that there are issues of material fact with regard to whether Yale violated their own procedures by allowing Roe full participation in the hearing, even though she was not the complainant," Covello wrote.

The judge tossed out several of Montague's arguments, including that the school's actions in both cases were the result of a bias against him as a man.

Karen Schwartzman, a spokeswoman for Montague, said Monday she was preparing a statement on the ruling. Yale did not return messages seeking comment.

Montague, who had been seeking readmission to the school, went on to attend Belmont University in Tennessee. His lawsuit also seeks monetary damages.

No trial date has been set.