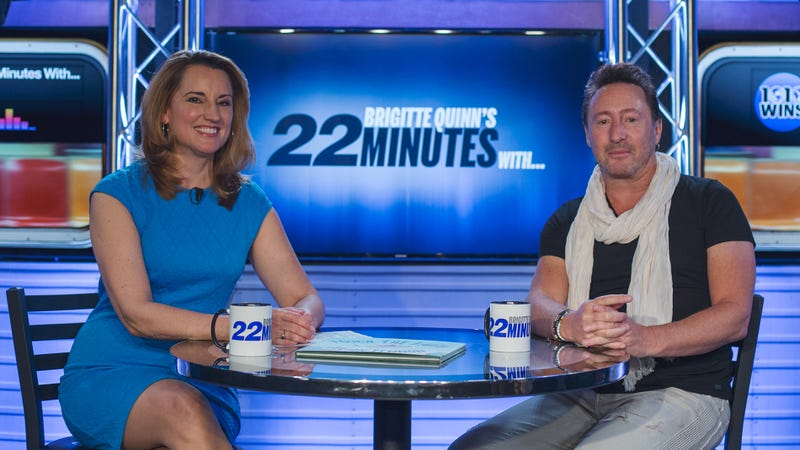 Lennon will be signing the book, which is the first in a trilogy, across the area this week. So why a children’s book?

“Every word is loaded. You have to be very careful about what you’re saying. And you have to be able to deliver a message in way that young minds will understand,” he says. “This is not only a lovely story and a picture book, but they’re being educated about morals and the rights and wrongs in life.”

Lennon also talks about his musical career, his philanthropic work and of course, his family.

He shares the remarkable story of how his charity, The White Feather Foundation, got its start and its name. He tells Quinn he was touring in Australia when he was asked to greet some fans…

“There was a big gathering and this elderly woman came up to me with a male white swan’s feather. And the precursor to this is that dad said that if something ever happened to him, to let me know that he’s OK and that we’re going to be OK, it would be in the form of a white feather,” he says. “So when I was presented with a white feather by an indigenous elder of this tribe called the Mirning people, the Mirning tribe, and she said, ‘Listen, you have a voice. Can you help us?’ And it really was that sort of moment — I mean talk about goosebumps — It was that sort of moment, well do I continue playing the rock ‘n roll stuff, or do I actually step up to the plate?”

If he could spend 22 minutes with anyone, who would it be?

“I’d probably have to say dad. To know him as an adult would be a quite special thing,” he says. “I just want to talk to him about being an adult, how he dealt with it all, and how we remain sane within it.”