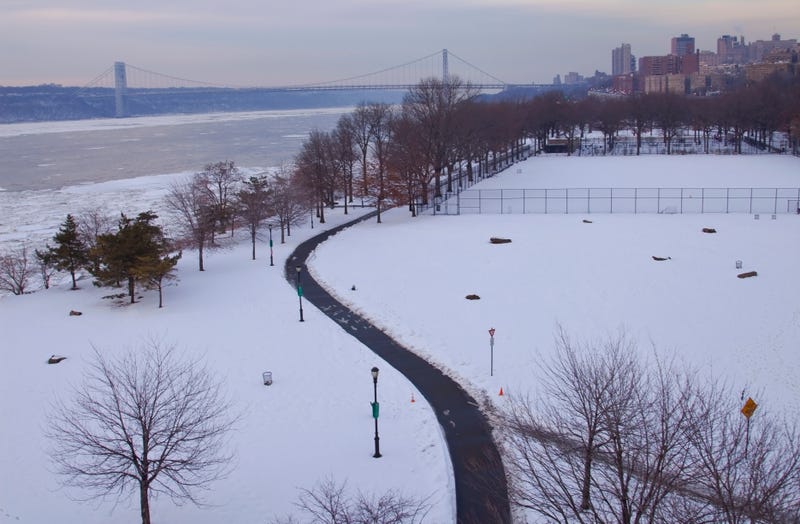 NEW YORK (1010 WINS) – Two people were hospitalized after a possible sledding accident at Riverside Park on the Upper West Side on Tuesday evening, officials said Wednesday.

The two people were injured at the park near W. 91st Street and Riverside Drive around 6:15 p.m., according to the FDNY.

Their injuries were possibly the result of sledding, the FDNY said.

The two victims were taken to Bellevue Hospital in stable condition.

The incident came after a major winter storm dumped more than a foot of snow on New York City between Sunday and Tuesday.

More than 17 inches were reported at Central Park. Over 14 inches were measured at LaGuardia Airport and 12.6 inches at JFK Airport.