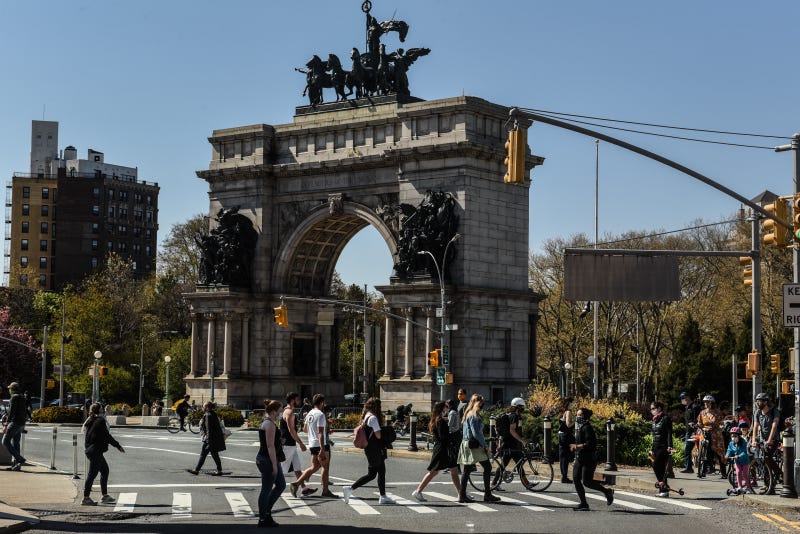 NEW YORK (1010 WINS) -- Brooklyn’s Grand Army Plaza is getting a $8.9 million revamp that will include the restoration of its historic Soldiers’ and Sailors’ Memorial Arch, Mayor Bill de Blasio said Friday.

As part of the makeover, the iconic Arch, which has “deteriorated over time,” will get a new roof and new “high efficiency” exterior light fixtures, de Blasio and the Prospect Park Alliance said in a joint press release.

The Arch’s bricks and stones will be cleaned, and its “interior elements” — including its iron staircases — will be repaired, the release said.

“Grand Army Plaza is an iconic Brooklyn destination, welcoming New Yorkers and visitors from across the world to the beautiful Prospect Park,” de Blasio said in a statement.

“The restoration of the Arch and surrounding landscape will ensure the Plaza is magnificent for generations to come,” he added.

The Arch, which pays tribute to Union soldiers who fought in the Civil War, was dedicated in 1892. It secured landmark status in 1975, and last underwent restoration work in 1999, the release noted.

“Grand Army Plaza is not only a Brooklyn treasure, but Prospect Park’s grand entranceway, welcoming communities from both the east and west sides of the park,” Prospect Park Alliance President Sue Donoghue said in her own statement.

“The Alliance is incredibly excited to restore this space to its original grandeur,” she added.