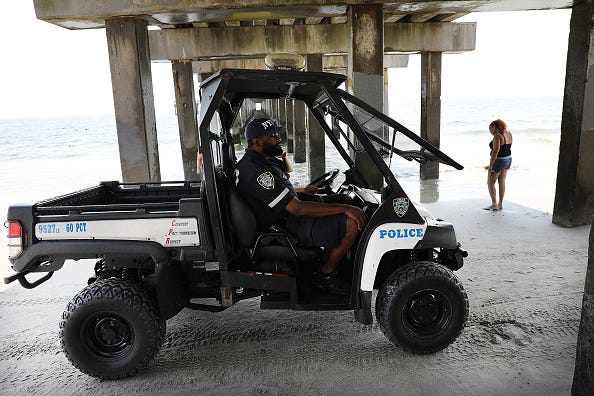 NEW YORK (1010 WINS) — The NYPD launched an investigation after a decomposed body was discovered under the boardwalk in Coney Island late Monday night, officials said.

At approximately 11:25 p.m. on September 20, police responded to a 911 call of a possible deceased individual under the boardwalk at Surf Avenue and West 5 Street, authorities said.

Upon arrival, officers observed a decomposed human body with duct tape around the mouth and rope tied around the hands.

EMS pronounced the person dead at the scene and the Medical Examiner will determine the cause of death.