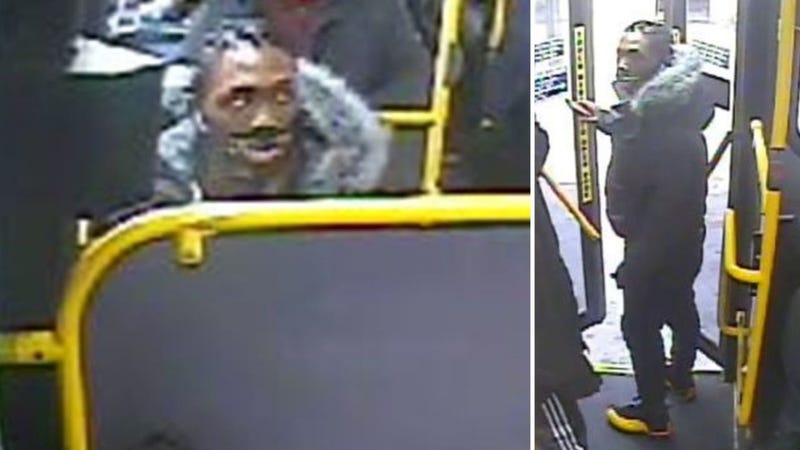 NEW YORK (1010 WINS) -- Police are searching for a man wanted for groping a woman on an MTA bus in Brooklyn earlier this month, then attacking her when she confronted him.

According to officials, at around 3:25 p.m. on January 13, aboard a B15 bus en route to the Bergen Street/Utica Avenue stop, when the unidentified man seated by a 42-year-old woman rubbed her thigh and grabbed her left buttock.

The woman confronted the suspect, who then exited at the Bergen Street/Utica Avenue stop.

The victim exited at the Bergen Street/Troy Avenue stop, where she was again approached by the suspect who then picked up a glass bottle and threw it at the victim, striking her in her foot.

On Monday night police released photos of the wanted man who is seen wearing a COVID mask with teeth pattern printed on it.