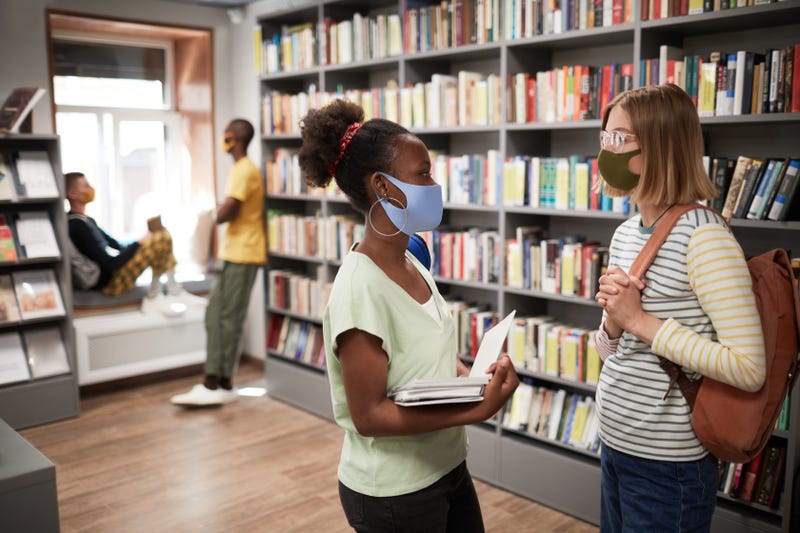 NEW YORK (1010 WINS) — Days after an East Harlem public school shut down due to a growing cluster of coronavirus cases, New York City schools will move to test more frequently and shift their quarantining policy starting next week.

The city will also change how it reacts to once there is a positive test in a classroom, allowing unvaccinated students to remain in the classroom if students wore a mask and maintained a distance of three feet. This policy will also go into effect beginning Sept. 27.

NYC is also loosening its quarantine rules. Unvaccinated students who are masked and 3 feet distanced will not have to quarantine if in close contact with a student with Covid

"[This] will allow more kids to safely remain in the classroom," de Blasio said Monday.

"While the CDC guidelines allow an exception to quarantine for some students who have been exposed to the virus, the exception specifically applies to children who have maintained social distance and consistently worn well-fitting masks," Mulgrew said. "Maybe in the Mayor’s universe all children keep their distance, wear their masks correctly and leave them on all day, but in the real world of our schools, this just isn’t so, particularly in the many schools that are overcrowded."

The quarantine policy move comes due to a recommendation from the Centers for Disease Control and Prevention which says entire classrooms can skip quarantining if "both the infected student and the exposed student(s) correctly and consistently wore well-fitting masks the entire time.”

However, Mulgrew cited concerns over the delta variant arguing children need more protection than what de Blasio has to offer.

As of Sunday, 441 classrooms were closed and an additional 338 were partially closed citywide, the NYC Department of Education reports.