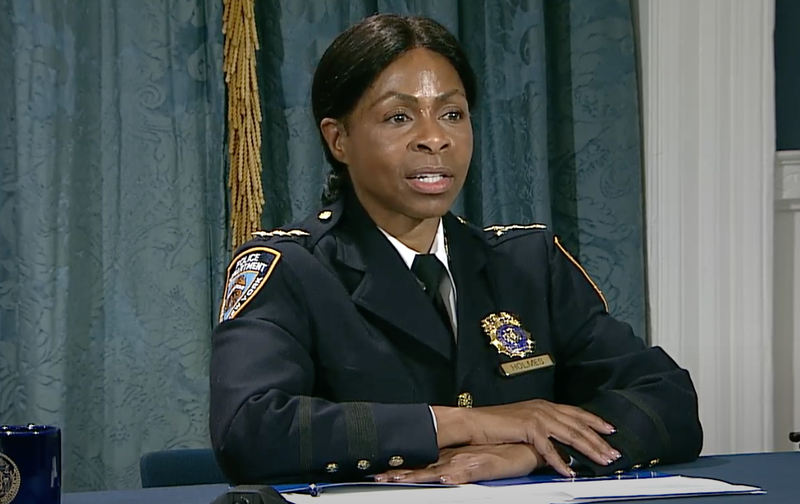 NEW YORK (1010 WINS) -- The NYPD announced Thursday that Chief Juanita Holmes will be the new chief of patrol of the department, the first woman to hold the position.

Commissioner Dermot Shea made the announcement at a Thursday briefing. He said Holmes will start in the role on Friday.

“I am beyond proud and ecstatic for Juanita on a personal level but also on a professional level to tell you now that Juanita will be the next and first woman chief of patrol for the New York City Police Department,” Shea said.

The chief of patrol oversees the majority of the NYPD’s uniformed officers on patrol in eight borough commands that are divided into 77 police precincts.

Holmes, who has 30 years of NYPD experience, is the highest ranking African-American woman in NYPD history and highest ranking uniformed woman ever in the department. She was previously chief of Collaborative Policing.

Holmes said that with 16 immediate family members in the department, the NYPD is “my family, literally.”

“Equality, fairness, transparency has always been at the very heart of what I do. And as chief of patrol, this is how I’ll lead every day,” Holmes said.

The announcement comes about two weeks after Chief of Patrol Fausto Pichardo resigned.