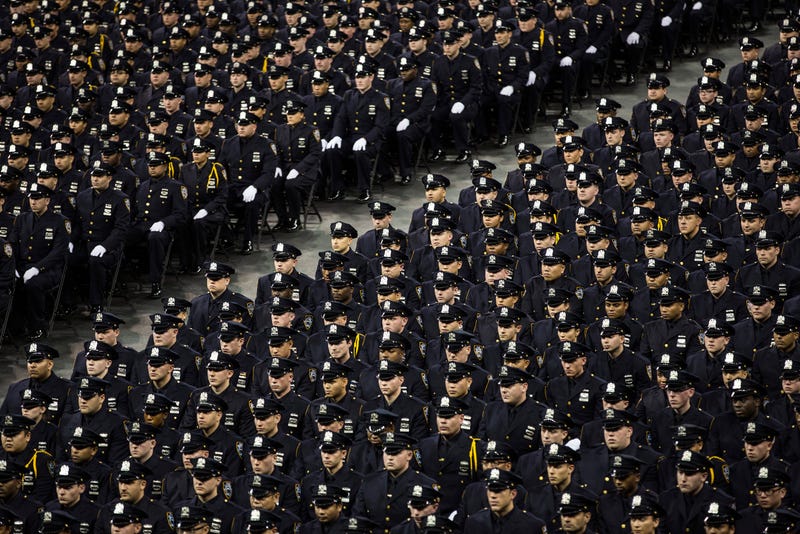 NEW YORK (1010 WINS) -- The NYPD is on track to welcome 900 new recruits after police academies were canceled earlier this year.

The recruits are set to enter the academy in November and will bring the department back up to over 35,000 members, which is still less than last year, when there were just shy of 37,000 members.

An academy in March was canceled because of the pandemic, while another in July was canceled as $1 billion was shifted from the NYPD’s budget amid protests over racism and policing, according to the Daily News.

In a statement announcing the new recruits, NYPD Commissioner Dermot Shea said the overall headcount would be lower due to budget cuts and attrition. He said the headcount will be 34,200—down from 36,900 uniformed members at this point last year.

In his statement Friday, Shea thanked Mayor Bill de Blasio for his leadership “in this difficult financial time.”

“Next week, the NYPD will send out offers to the 2020 November Academy class,” Shea said. “With the new class, the NYPD will be able to ensure public safety as the City continues to face a pandemic-driven perfect storm.”

“Our house has been on fire for almost four months, but City Hall and 1 Police Plaza are just now reaching for the garden hose,” Lynch said. “These new recruits won’t hit the street until the middle of next year, and then we’ll still be seriously short-handed as we battle the massive spike in shootings, a rising murder rate and growing disorder of every kind. New Yorkers need to understand: this is the future that Mayor de Blasio and your City Council members have chosen for you. If you want safe streets, you need to call and demand them.”