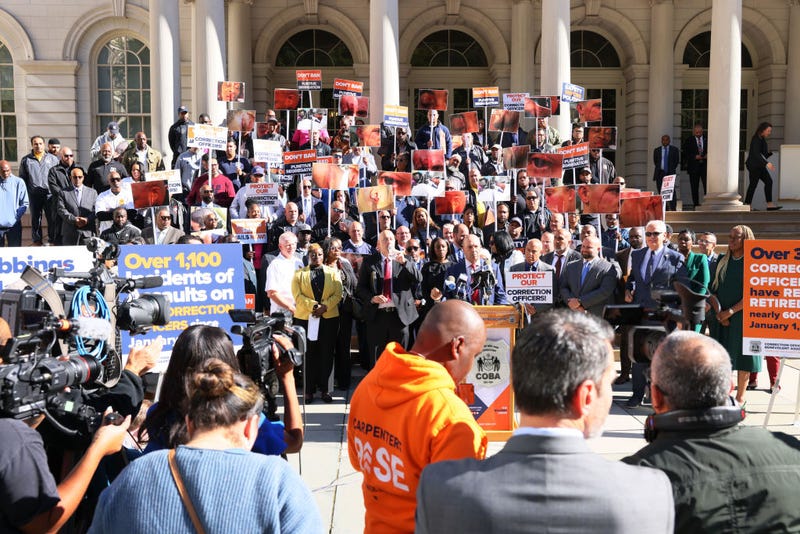 NY Corrections officers gather for a rally outside of City Hall before the start of a City Council hearing on Intro 549 on September 28, 2022 in New York City. Photo credit Michael M. Santiago/Getty Images
By Steve Burns and Brian Brant

NEW YORK (WCBS 880) — Competing rallies clashed on the steps of City Hall, ahead of a hearing on a landmark bill to ban solitary confinement in city jails.

"This notion that we're torturing individuals in our system — that is not the case," said Benny Boscio of the Correction Officers' Benevolent Association.

Bosio pointed to several graphic pictures of officers with gashes and bruises.

"What do we do with the inmates that continue to cut, stab, slash, sexually assault and brutally assault our officers and other inmates?," he asked.

"Because when you are simply asking that question and not asking what causes violence, what is the root of the violence," the Democrat said.

The ban is opposed by Mayor Eric Adams, but it has enough support in the city council to override a veto.

"You can't lock people in their cell for 20, 23, [or] 24 hours a day for a prolonged time period because that is defined as torture, and that causes harm that can't be reversed," Williams said.

Sixteen people have died after being held in the city's jail system this year — the same amount that died in 2021.

A decision on whether to end solitary confinement was pending at the time this article was published. 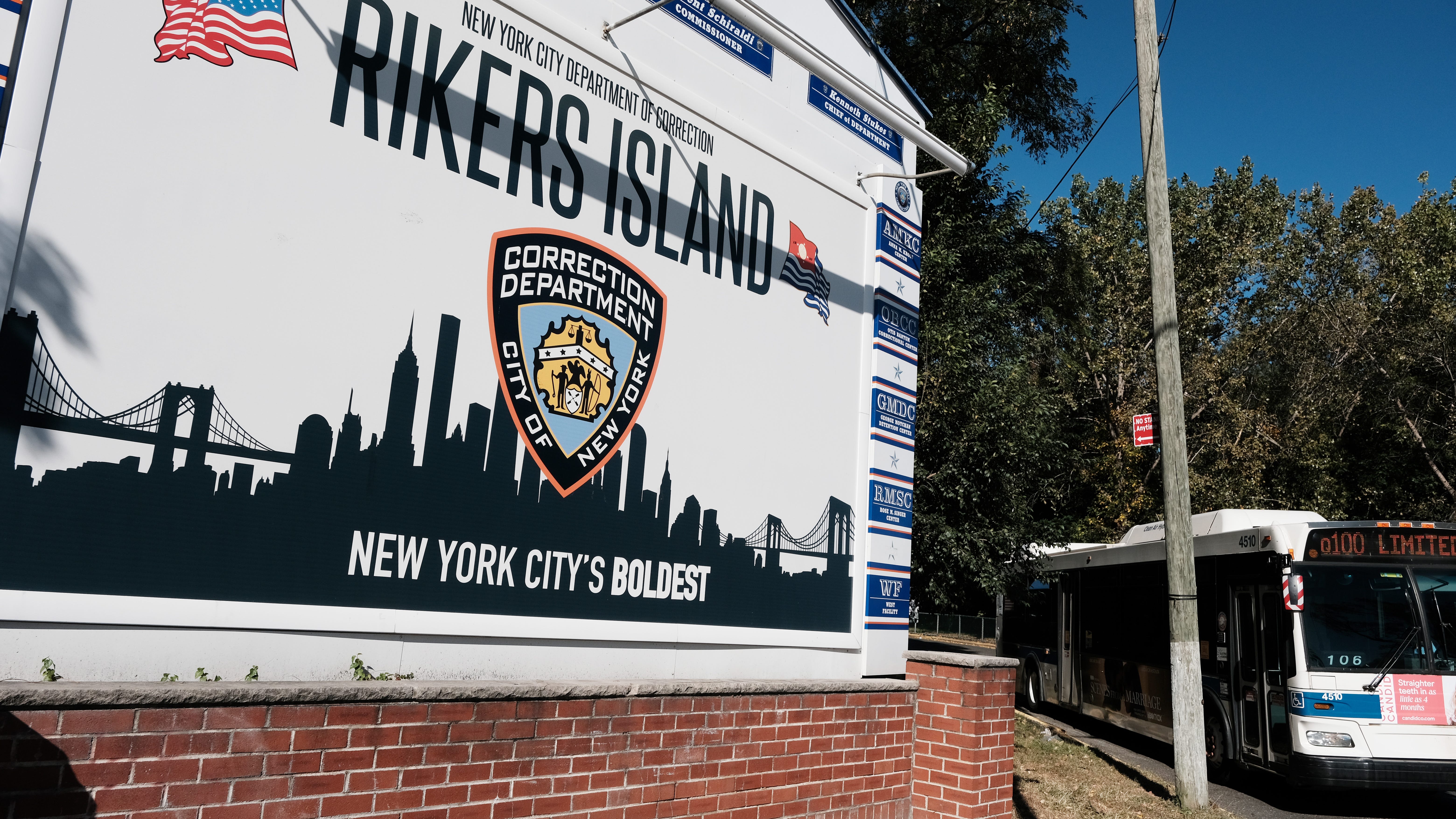 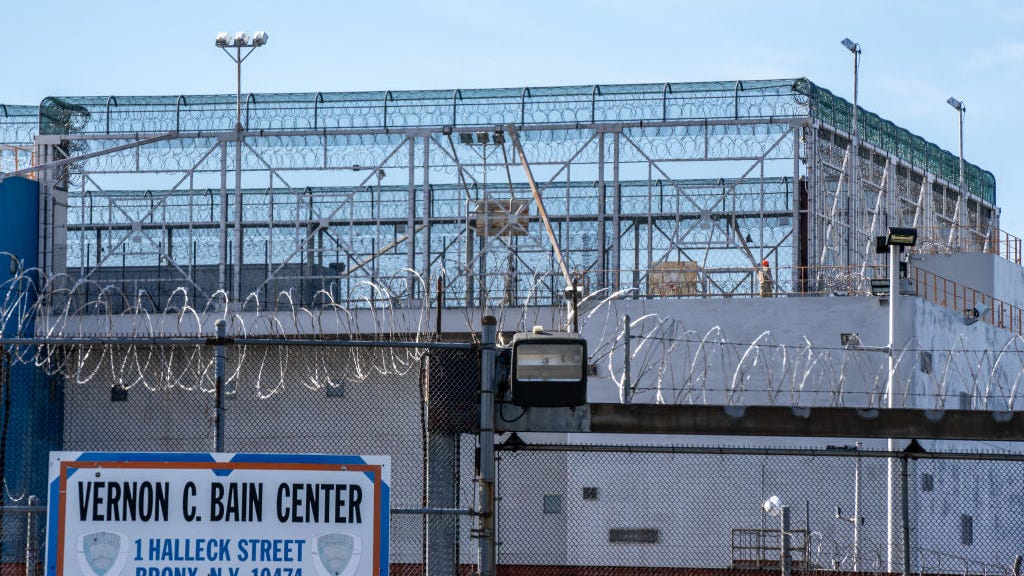