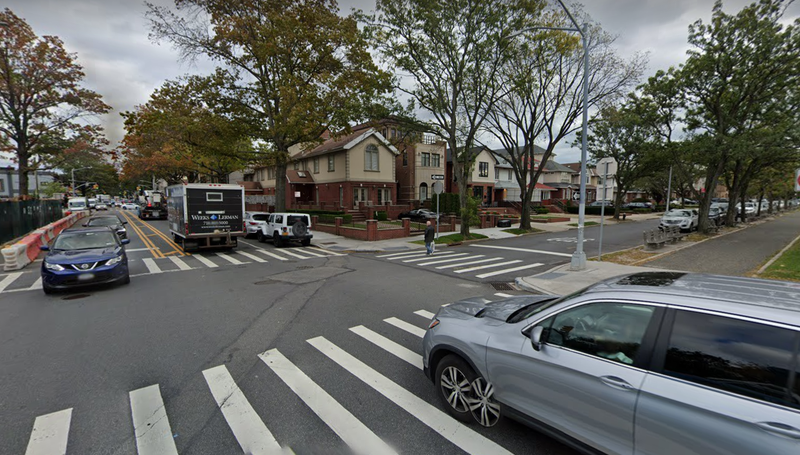 The corner of Avenue U and Ocean Parkway in Brooklyn, where a left-turning driver fatally struck a 90-year-old woman and injured another Tuesday morning, Sept. 28, 2021, police said. Photo credit Google Street View
By Vincent Barone

Rahel Guindi, 90, was crossing Ocean Parkway at Avenue U just after 11 a.m. when the driver of a Subaru Forester turning onto Ocean Parkway struck Guindi and a 61-year-old woman, police said.

Guindi, who lived just two blocks away in Gravesend, was transported to Maimonides Medical Center where she was pronounced dead, police said.

The 61-year-old woman was transported to the same hospital and is listed in stable condition, according to police.

The driver of the Subaru was heading east on Avenue U when she struck the two women as she turned left onto the parkway, police said.

The driver remained at the scene and is not currently facing any charges. An investigation is ongoing.

Guindi’s death comes amid a steady rise in traffic fatalities across New York City. Traffic deaths are on pace to rise for the second straight year despite the city’s Vision Zero safety program. There were 194 reported through Sept. 26 of 2021, up from 164 fatalities at that point last year — an 18.3% spike, according to NYPD data.