NEW YORK (1010 WINS) – New video shows a fight breaking out on a Bronx street after two men on a moped tried to steal another man’s moped, police said.

The moped-riding robbers cut off the 27-year-old victim as he was driving on E. 177th Street, near Jerome Avenue, in Morris Heights on April 14, police said Sunday as they released video of the confrontation.

The two men then tried to steal the man’s moped, but a fight erupted, according to police. 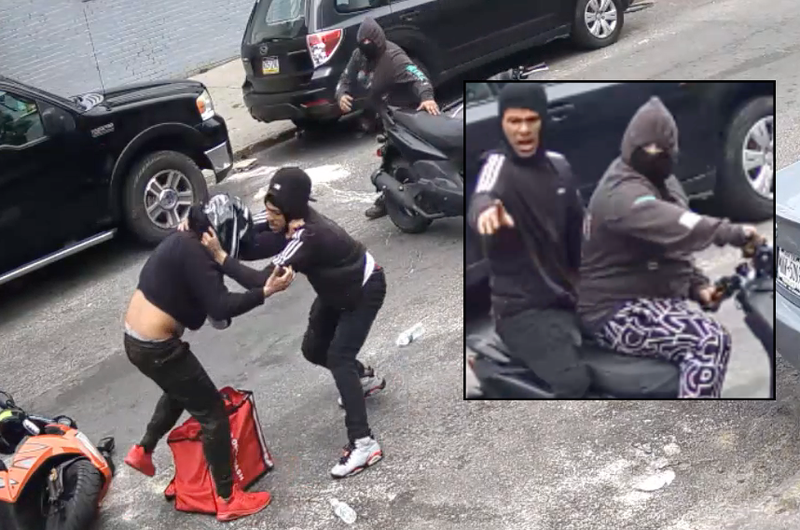 Video shows the victim and one of the men scuffling on the street amid the attempted robbery.

Police said the men managed to steal the victim’s cell phone before bystanders intervened and the duo fled on their moped.

The victim suffered a scrape to his left knee and pain to his back but refused medical attention at the scene.

🚨WANTED for ROBBERY: Do you know these guys? On 4/14/21 at approx 3:25 PM, in front of 8 East 177 St in the Bronx, the suspects attempted to take the victim's moped, fought with him, then took his cellphone. Any info? DM @NYPDTips or anonymously call them at 800-577-TIPS. pic.twitter.com/QeGwlIjV3G