NEW YORK (1010 WINS) – Violence erupted at a Harlem deli this week as a gunman opened fire on a man he believed was staring at him, police said as they released disturbing video of the assault.

The shooting unfolded inside a deli at Frederick Douglass Boulevard and W. 131st Street around 10:35 p.m. Tuesday, police said Saturday.

Police told the Daily News that the gunman believed the victim was staring at him and screamed “What are you looking at?” before shooting. 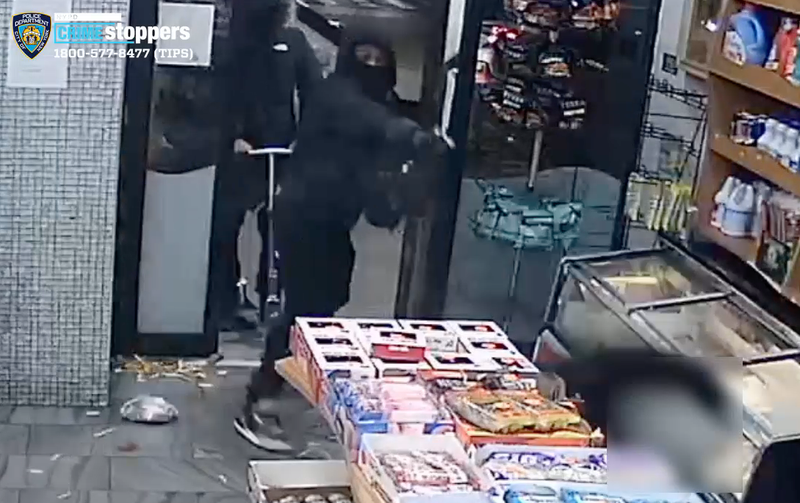 Video shows one of two victims throwing food at the gunman, who then opens fire.

The victim was taken to Harlem Hospital in stable condition, according to police.