NEW YORK (1010 WINS) — A pair of gunmen sharing a single scooter tried to steal a delivery man’s e-bike in Brooklyn on Monday, the NYPD said.

The 27-year-old man was delivering food to a home on Cedar Street, near Bushwick Avenue, in Bushwick around 10:20 p.m. when two males of an unknown age rode up on a scooter, flashed a gun and tried to steal his e-bike, police said. 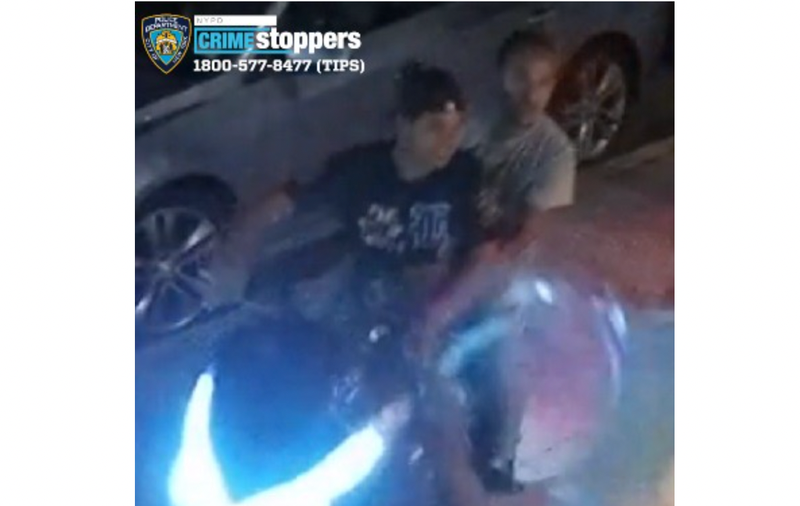 The suspects police are searching for. Photo credit NYPD

When their attempt proved unsuccessful, the pair rode off, the NYPD said.