NEW YORK (1010 WINS) -- The NYPD on Thursday released video surveillance of two men who are wanted for shooting a man inside a Brooklyn laundromat last week.

On February 23, just before 8 p.m., police said one suspect approached a 37-year-old man inside Oceanview Laundromat, located at 521 Ocean Avenue, in Flatbush and began to physically assault him. 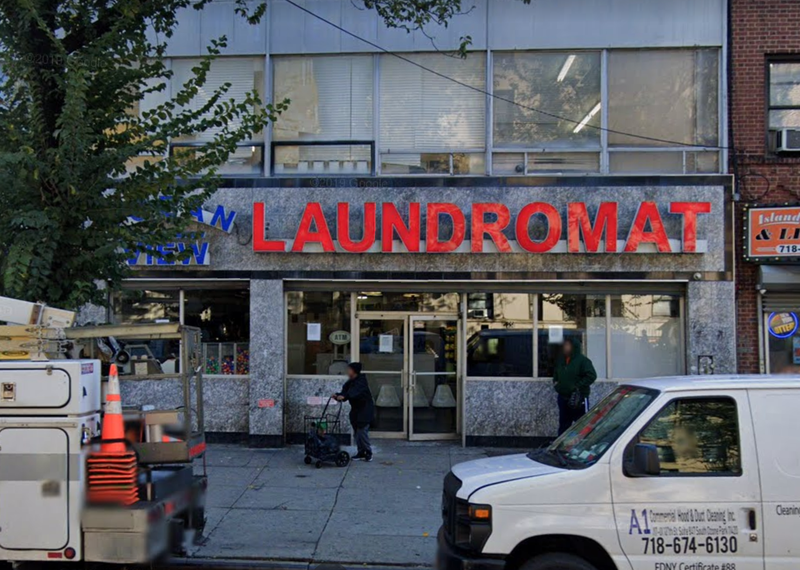 The second suspect then approached the victim and displayed a firearm, which he then discharged, striking him multiple times in both legs, officials said.

EMS responded and transported the victim to an area hospital and is in stable condition.

Police describe the first suspect as a Black man, approximately 25 to 35 years-old, wearing a surgical mask, black hoodie, and a Guess black leather jacket that states, "ALL ACES" on the back.

The other suspect is a Black man, approximately 25 to 35 years-old, wearing a surgical mask, gray hoodie, black sweatpants, and a waist-length jacket with a fur trimmed collar, according to officials.