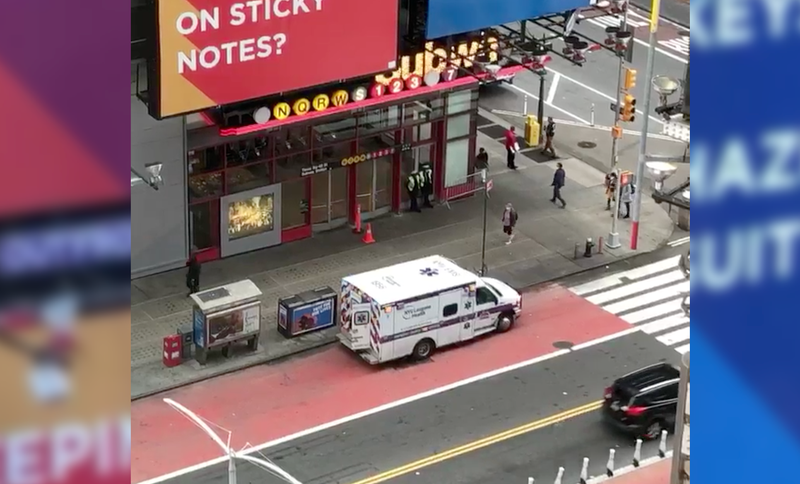 NEW YORK (1010 WINS) -- A man police believe shoved a woman onto the subway tracks at a Times Square subway station Friday morning has been taken into custody, the NYPD said.

Transit officers took the man into custody around 5:45 p.m. on Friday, police confirmed to 1010 WINS.

He is currently undergoing a psychiatric evaluation at NYC Health + Hospitals/Jacobi and hasn't yet been charged, the NYPD said.

Police said a 28-year-old woman was standing on the northbound N, Q, R platform in Times Square just after 9:40 a.m. on Friday when a man came up behind her and shoved her onto the tracks.

The two didn't exchange any words or interact prior to the attack, the NYPD said. The man fled the station afterward.

The woman was rescued from the tracks and taken to a nearby hospital with a minor wrist injury, police said.