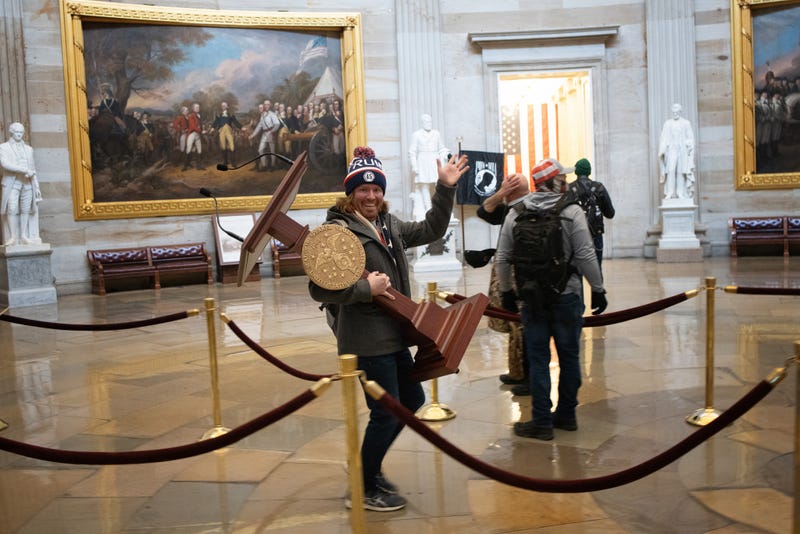 A pro-Trump protester carries the lectern of U.S. Speaker Nancy Pelosi through the Rotunda of the U.S. Capitol Building after a pro-Trump mob stormed the building on Jan. 06, 2021 in Washington, D.C. Photo credit Win McNamee/Getty Images
By 1010 WINS Newsroom

NEW YORK (1010 WINS) -- The FBI is working to determine whether police and staff members at the Capitol building “aided” Trump supporters who stormed the grounds on Wednesday, according to a report.

The FBI is investigating whether the siege on the Capitol building was an “inside job,” TMZ reported, citing high-ranking Capitol Police Department sources.

The bureau “is puzzled by the ease with which the mob found its way to House Speaker Nancy Pelosi’s office,” as her office is not easily accessible, the outlet reported.

One of the Trump supporters who broke into the Capitol building stole a laptop from Pelosi’s office, an aide to the speaker said.

The FBI’s investigation is focused on Capitol police, but will also look at other Capitol staffers, including “engineers, plumbers and janitors,” according to the outlet.