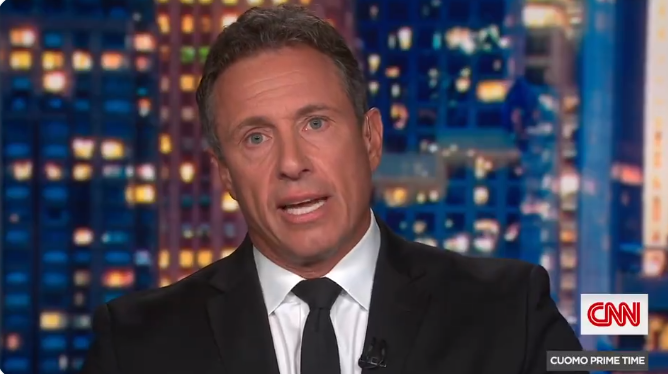 NEW YORK (1010 WINS) -- Chris Cuomo returned to his CNN show Monday night after a week off and broke his silence about his outgoing governor brother -- including whether he crossed a line in giving him advice.

"I am not an adviser, I'm a brother," Chris Cuomo, 51, said on "Cuomo Prime Time," of his 63-year-old sibling Gov. Andrew Cuomo. "I wasn't in control of anything. I was there to listen, and offer my take. My advice to my brother was simple and consistent: Own what you did, tell people what you will do to be better, be contrite, and finally accept that it doesn’t matter what you intended, what matters is how your actions and words were perceived.”

"It was a unique situation being a brother to a politician in a scandal and being part of the media," @ChrisCuomo says. "I tried to do the right thing, and I just want you-all to know that." pic.twitter.com/oSWnxNImwG

Cuomo said he told his brother that resigning is the right thing to do.

“And yes, while it was not something that I ever imagined never having to do, I did urge my brother to resign, when the time came,” he said.

The primetime host also shot back against claims he gave his brother special treatment, saying, "I never covered my brother's troubles because I obviously have a conflict and there are rules at CNN about that ... I said last year that his appearances on this show would be short-lived and they were. The last was over a year ago, long before this scandal."

He added, "My position has never changed. I never misled anyone about the information I was delivering or not delivering. I never attacked or encouraged anyone to attack any woman who came forward."

He acknowledged, though, "There are a lot of people feeling a lot of hurt and a lot of pain right now and my hope is that ultimately everyone involved can get to a better place. That some higher good will be served from all of this."