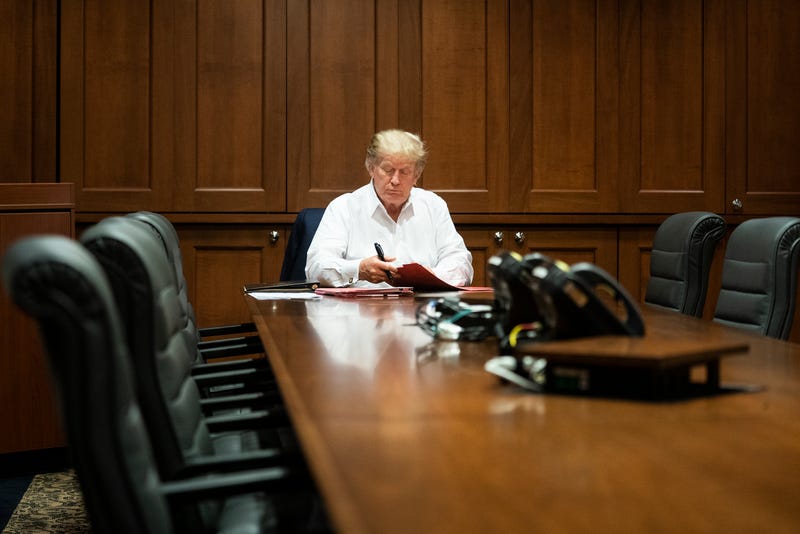 NEW YORK (1010 WINS) -- The White House late Saturday night released a pair of photos of President Trump working at Walter Reed Medical Center, where he is currently being treated for COVID-19, in part, with remdesivir. 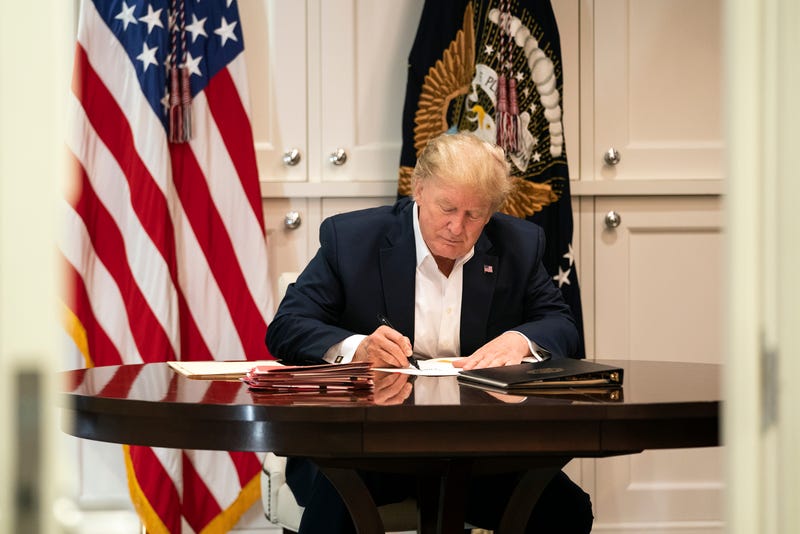 In one photo, the president is working at a table in his conference room. The other photo is taken in the presidential suite, where he filmed a video earlier in the night.

Dr. Sean Conley, the president's physician, said in a memorandum released by the White House earlier in the night, "The plan for tomorrow is to continue observation in between doses of Remdesivir, closely monitoring his clinical status while fully supporting his conduct of Presidential duties."