The Biden campaign confirmed to 1010 WINS on Thursday that its "Will you shut up, man?" was a hot-seller -- it sold out in less than 18 hours.

"I can confirm those shirts sold out," a campaign spokesman told 1010 WINS.

The Biden campaign didn't waste time taking advantage of one of the presidential debate's most viral moments, offering T-shirts with "Will you shut up, man?" emblazoned across them.

Biden made the now-infamous remark after Trump kept asking him if would try to expand the Supreme Court in retaliation if Trump’s high court pick, Amy Coney Barrett. 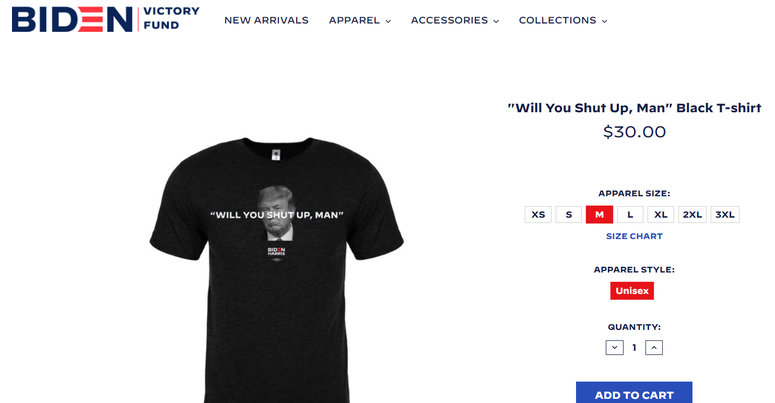