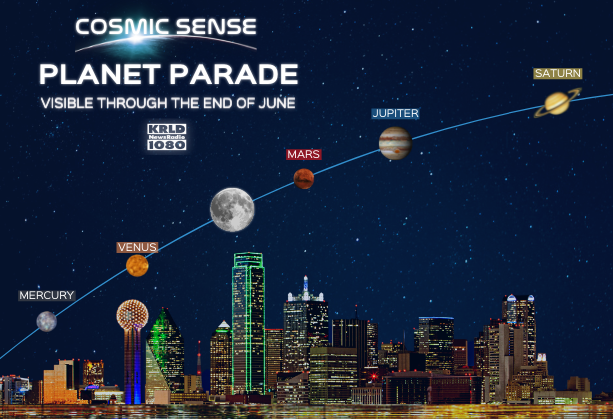 In a world where most topics can be polarizing; it’s worth questioning: what does anyone truly have in common? Though we all have differences, there’s one commonality that has prevailed for all of humanity: we are all floating on a rock, flying through outer space at over a million miles an hour.

Humans have been venturing away from that shared rock we call home since 1957, hoping to learn something about the vast, infinite Universe, and ultimately about how it produced us.

The scale and sheer size of the Universe makes it impossible to truly learn everything, but it doesn’t mean we shouldn’t try. Here’s what’s happening in outer space this week.

For the first time in 18 years, Mercury, Venus, Mars, Jupiter and Saturn will be perfectly aligned in the night sky. This rare event is especially exciting because it will be visible to the naked eye, even in light polluted skies.

On June 23, the moon will also join the planetary line up, marking Earth's spot in the sequence of planets. This alignment of planetary bodies, including Earth, hasn't been seeing by stargazers in 158 years.

🪐 Planets align. It’s fine. What is time? Does that even rhyme?

Look up starting tonight to see Venus, Mars, Jupiter, and Saturn spread out and appear to line up in the sky. The crescent moon joins them on June 23: https://t.co/36QwkIxfaw pic.twitter.com/uh5V9W2q45

Though the alignment has been visible over the month of June, the optimal viewing time will be the last few weeks of the month, with the peak being Friday, June 24.

If you're viewing from DFW, look for the moon toward the southeast. Venus and Mars will be to the left and right of the moon, along with the rest of the planets.

The best time to view the planet parade through the end of the month is just before sunrise around 5 to 6 a.m.

Mercury will be the first planet to dip under the horizon by the end of the month, but Venus, Mars, Jupiter, and Saturn should be visible in the morning sky until the end of July. After that, the planets will spread farther apart from each other.

This event won't be seen from Earth until 2040, so you don't want to miss it. 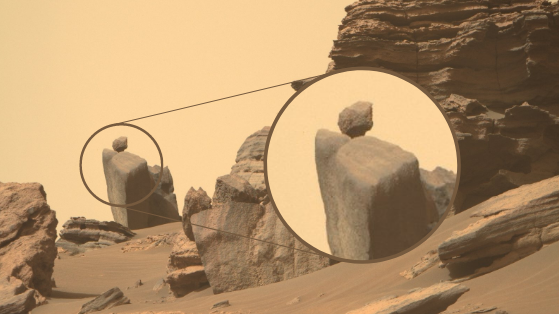