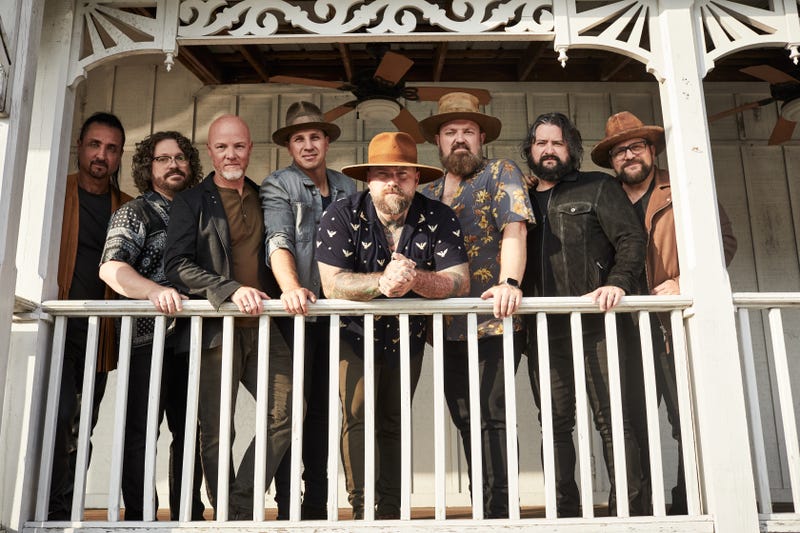 On Friday, January 14, Zac Brown Band has announced that they will be embarking on a North American tour this year.

Listen to Zac Brown Band Radio on the Audacy App!

The 2022 Out in the Middle Tour comes after the GRAMMY-winning band’s highly successful, 2021 The Comeback Tour. In ZBB’s press release, it’s noted that during the Out in the Middle Tour the band will “return to some of the nation’s most iconic venues, including Boston’s Fenway Park, where Zac Brown Band currently holds the record for most consecutive sold-out shows.”

The forthcoming tour will kick off in Greenville, South Carolina on April 22 and include stops across the United States, including a stop in Zac Brown’s hometown of Atlanta at Truist Park, as well as Chicago’s Wrigley Field and the Hollywood Bowl in Los Angeles.

Brown shared, “Performing in front of millions of fans around the world is one of the most electrifying and humbling feelings.” He added, “We’re so excited to go back out on the road and keep the unbelievable momentum going from The Comeback Tour. It’s been such an incredible year for the band, debuting some of the best music we’ve ever made, and we are thrilled to continue playing live for our amazing fans.”

Caroline Jones, who also accompanied the band as a special guest during their The Comeback Tour, will join ZBB again during the Out in the Middle show dates. Additionally, Robert Randolph Band will serve as the opening act during select dates of the tour.

Check out the Zac Brown Band Out in the Middle Tour dates and locations below: