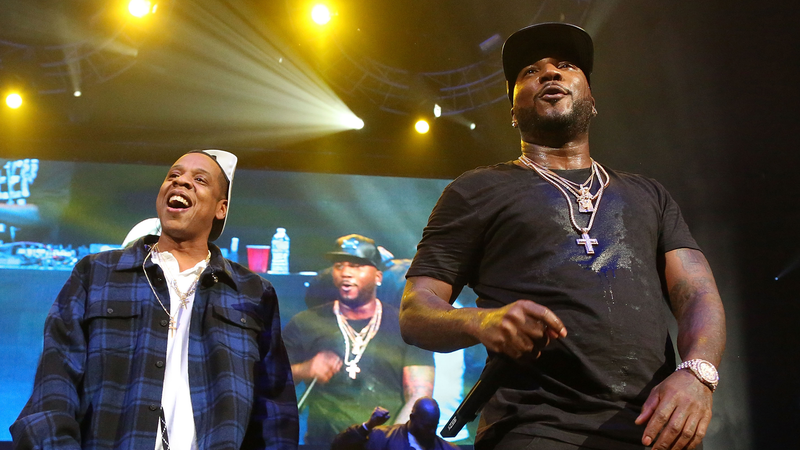 Jeezy and JAY-Z’s friendship goes way back, in fact the two have gotten into some situations that not only strengthened their bond, but also put Jeezy level of respect for Hov at a whole new level.

During last weekend’s episode of TV One’s Uncensored with Jeezy, the rapper revealed some unknown deets about his friendship with JAY-Z including that one time...

“Me and Hov, mentally we was connected because even if we wasn’t doing music we would rock with each other in a sense because we both had old souls and we both came from the same struggle,” Jeezy said. “But the only thing is, his struggle started before mine and he started walking his path before me. So, I have to look at somebody like that how I would look at somebody in the hood who was already getting money before I was.”

Jeezy also revealed that while on tour with JAY, his entire team got locked up due to an “incident,” leaving him for all intents and purposes — alone. But it all worked out, cause as the “Leave You Alone” rapper stated, JAY-Z had his back and was even down to fight when it was time.

“A lot of people don’t know, we done been in some fistfights and everything. Some things popped off in Vegas… I gotta say, Hov’s got hands, ’cause we was getting down. We was back to back. I hear his assistant say, ‘Jay, get in the car!’ and he was like ‘I ain’t leaving Jeezy!’ I was like, I rock with him.” Jeezy continued to elaborate on why he has so much respect for JAY-Z and says it has to do with his “tough skin.”

Hear the story from Jeezy himself below.