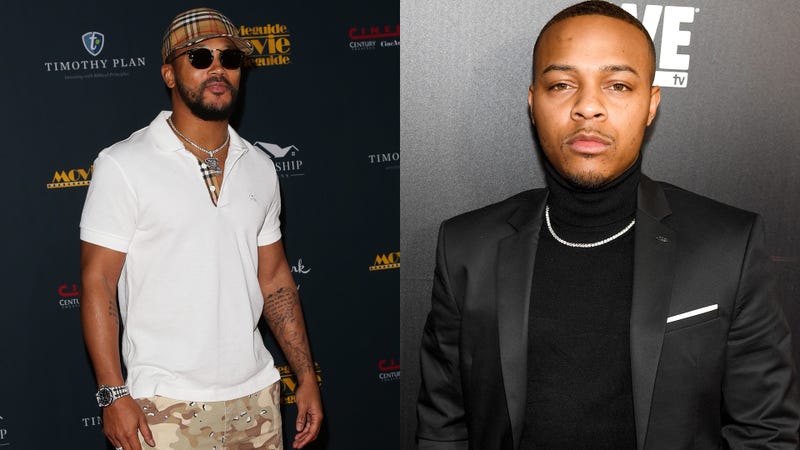 After Romeo threw out the idea of going head-to-head with Bow Wow in a Verzuz battle, Bow Wow upped the ante asking Romeo if he’s “sure this what you want to do?”

Romeo was on Fox Soul’s The Mix and issued a challenge to Bow Wow for a Verzuz battle. “You know, I gotta say, I love this and y’all’s Verzuz,” Romeo said. “It really showed the light and it really showed that nothing’s wrong with friendly competition. Baby, this is what the sport is about. This is what the game’s about. This is what makes us better. And y’all actually inspired me. Imma put this out there: if Bow Wow do a g*****n battle and it’s not with me, don’t do it. I’m just saying, so if Bow do a battle, I’m open for it.”

Bow Wow caught wind of Romeo’s comments and tweeted out “You sure you want this smoke? i see you calling me out. You sure this what you want to do? #VERZUZ.”

You sure you want this smoke? i see you calling me out. You sure this what you want to do? #VERZUZ

Almost immediately afterwards, Romeo took to his IG story to hit back at Bow Wow. “Regarding this Verzuz talk, I’ve gave this man Bow @shadmoss his roses since we was kids and even reached out myself (multiple times) to celebrate him and our era together in a creative way,” he wrote. “I could put my pride to the side if it means doing something positive and bringing back nostalgia for a dope ass generation.”

“Now if you think this is smoke my brother, we could hit up @loganpaul and get on one of those boxing tickets. You know me in real life bro, we aren’t kids anymore; leave that for the fans. This ain’t about the competition for me, this is about showing the impact that 2 young black kids had on the entire industry. That’s the Win. To inspire the next! It’s NoLimit. You got my number, hit me.”

While it looked like things could escalate, Romeo then posted a video on Instagram of a phone call he had with Bow Wow. In short, it’s nothing but live.

“We always said we going to do this and that. I think we really gotta put some s*** together where it’s me and you,” Romeo said on the call. “Where it’s going to benefit even financially and then even getting those roses we both deserve.” Bow responded, “We definitely gonna do some s***, bro. It’s definitely time.”